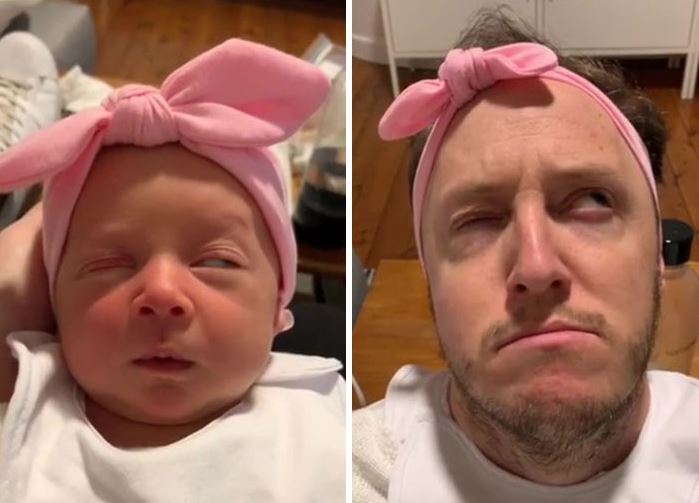 Babies can make some really funny faces when they are milk drunk and ready to drift off to sleep.

Aussie comedian and new dad Josh Hawkins decided to copy his 7-week-old daughter’s milk drunk faces. He then shared his video with his social media followers, gaining over 43 million views in just 6 days.

Talking about his side-by-side video with daughter Billie, Josh expressed his surprise at how quickly it became viral.

“Gotta be honest. I loved the video but I had my hand over the dude’s face so I could just look at the baby,” wrote one woman in the comments under the video on Facebook.

“She is so expressive. She looks like an old soul,” added another.

“Omg, this is the best. The apple doesn’t fall far from the tree either, she is the spitting image of her Dad!!” commented a third.

We hope Josh continues to journal his daughter’s facial expressions in this way as she gets older. And we can’t wait to see the teenage edition!