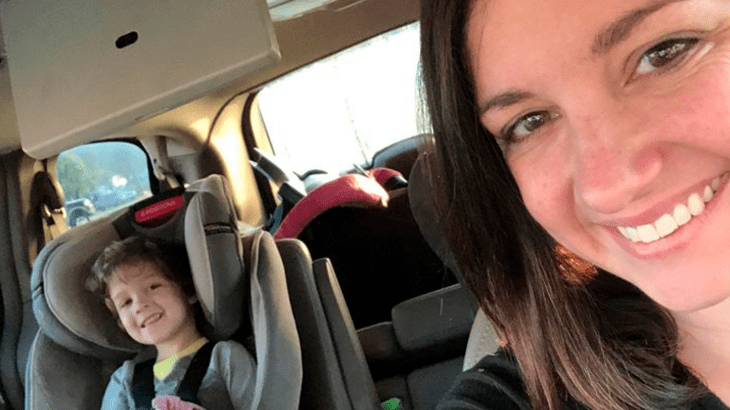 Hitting the supermarket to pick up much-needed groceries is never great when you have young children. Even at the best of times, you end up spending a little extra on a packet of biscuits to keep them happy. At the other end of the scale is the very public meltdown, the one thing that you can see coming a mile away but are unable to do anything to prevent, short of abandoning your trolley and hightailing it outta there before the stares begin and the flush starts creeping to your cheeks.

Mary Katherine Backstrom was in exactly this situation recently. She has two little ones, 4-year old Ben and 2-year-old Holland. She could see the meltdown coming and tried her hardest to just get the absolute necessities and bail before her children lost it completely. She even went as far as to give her daughter a slice of raisin bread she was yet to purchase, and her son an expensive brand of fruit juice with a character on it.

And she very nearly made it. Almost.

As her children were at the point of losing it, a kind man gave them each a balloon. Almost as soon as she was given it,  Holland let it go and the balloon drifted to the ceiling. Upset at the thought of his sister losing her ballon, Ben began to meltdown. 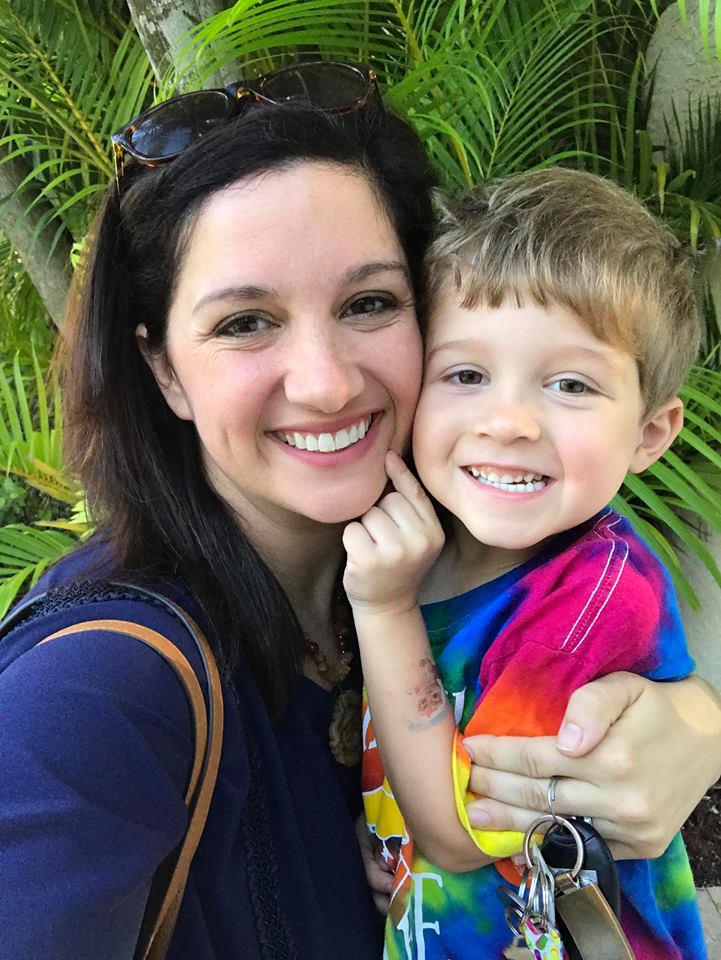 A lady in the adjacent checkout aisle then loudly suggested that Mary Katherine smack her child.

“The lady behind me in the parallel line checking out goes to the guy who’s checking her out, ‘I tell you what I’d do with that behaviour. I’d take him outside and I’d [makes slapping noise].’ This is what this lady says,” Mary Katherine says in her viral video posted to Facebook.

Mary Katherine goes on to explain that she knows exactly how to handle her children when they are upset, and why she refuses to smack them. She tells this lady in no uncertain terms that beating her child for showing empathy and emotion is not something she is ever going to do.

She explains what happened and why she will not smack her children in a video that has been viewed more than 400,000 times in just a couple of days.

“To the lady in Publix who said my crying toddler deserved a spanking…I didn’t have the words to say to you, then.

Mary Katherine has also offered some advice to women who encounter struggling mums with children on the verge of a meltdown.

“When I’m shopping and encounter a mama in distress, I usually either smile and say “I’ve been there” or “you’re doing a great job”. I think that’s what most mamas need. Some solidarity and grace.” she wrote.

Some solidarity and grace. Not stares and loud, mouthy comments from strangers. Not even a couple of well-meant balloons, but thanks for the thought.

Hang in there, mamas.