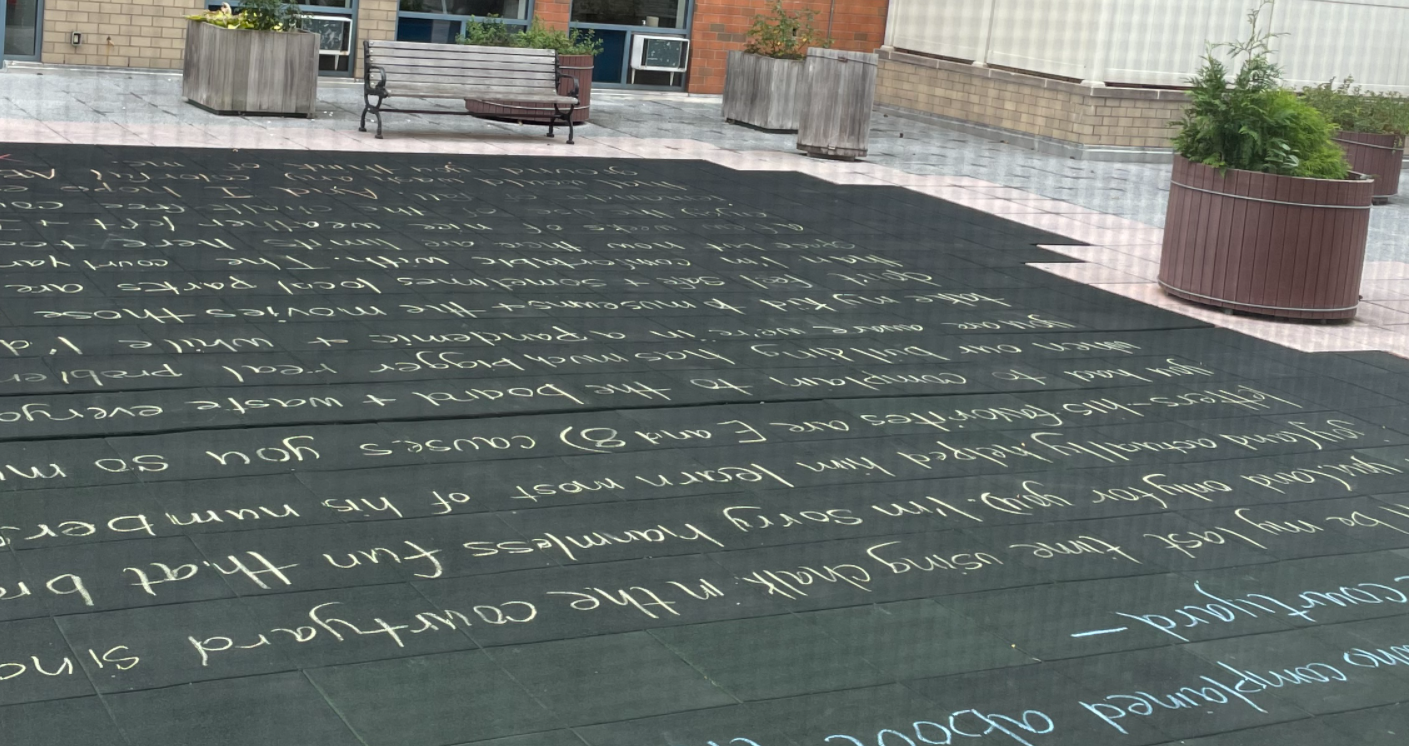 Now, that is a level of petty that we can all aspire to!

Ashley Woodfolk lives in New York in an apartment building. Not feeling safe or confident to take her toddler further afield to stimulate his learning, she opted to supply him with some chalk and the pair got busy outside in the fresh air of their shared courtyard. Something families all over the world have done during the pandemic.

Apparently, though, this was not okay with a local Karen who issued a complaint with the apartment board over this scandalous abuse of the common area.

Deciding on an appropriate way to apologise to the Courtyard Karen, Ashley wrote her a sincere, heartfelt letter of apology in the best way she knew how — in colourful chalk on the very surface that caused the issue in the first place. And we are here for it.

GOOD EVENING TO EVERYONE EXCEPT the woman at my co-op who complained to the board about me and my toddler using sidewalk chalk in the courtyard.

So I wrote her a little letter.
In sidewalk chalk. In the courtyard. pic.twitter.com/Tbw52ZtVV1

“GOOD EVENING TO EVERYONE EXCEPT the woman at my co-op who complained to the board about me and my toddler using sidewalk chalk in the courtyard,” Ashley captioned a photo of her awesome letter when sharing it on Twitter.

The letter reads: “This will be my last time using sidewalk chalk in the courtyard since it seems to be such a problem for you (and only you.)

“I’m sorry harmless fun that brought my toddler joy (and has actually helped him learn all of his letters and most of his numbers – his favourites are E and 8) causes you so much distress that you had to complain to the board and waste everyone’s time when our building has so much bigger real problems.

“I think you’re aware that we’re in a pandemic and while I’d love to take my kid to museums and the movies I don’t feel safe doing that, and sometimes even local parks are more crowded than I’m comfortable with. The courtyard was a safe space but now there are limits on that too.

“There are only a few weeks of nice weather left, and I sincerely hope that you enjoy the use of the sidewalk-chalk free courtyard for the remainder of the fall.

“And I hope that every time it rains, rain that would have washed away any colourful ABCs I wrote on the ground, you think of me. All my love, Ashley.”

Honestly, how miserable do you have to be to complain about a little toddler learning the alphabet with chalk? Gosh, some people are just horrible.