Royce Young Shares The Heartbreaking Truth Leading Up to the Birth Of Their Baby Daughter – “We Weren’t Ready.” 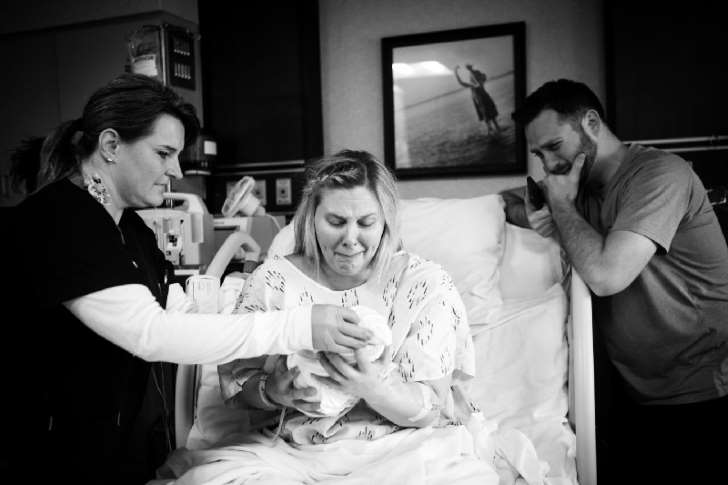 Royce Young Shares The Heartbreaking Truth Leading Up to the Birth Of Their Baby Daughter – “We Weren’t Ready.”

This week, we shared with you the brave yet heart-wrenching story of Royce and Keri Young. The Young couple (parents to two-year-old Harrison) were expecting their second child, a baby girl. But 5 months ago they were told their baby girl had a rare birth defect and was not expected to live. Despite the terrible news, Keri wanted to carry her baby girl to full term so her baby’s organs could be donated to give other babies a fighting chance to live.

Royce recently shared a post in the lead up to the birth of their baby girl, whom they named Eva, as the name meant ‘giver of life’. The NBA writer for ESPN.com wrote on the blog Medium, “The mission was simple: Get Eva to full-term, welcome her into this world to die, and let her give the gift of life to some other hurting family.”

And this was initially what was reported after Eva had been born.

But sadly, Eva died before she was born.

The brave dad wrote a heart-wrenching and soul gripping article titled, “We spent months bracing and preparing for the death of our daughter. But guess what? We weren’t ready.”

Eva was unexpectedly and tragically stillborn on April 17, which meant, Royce and Keri’s plans for Eva’s organs to be donated had been dashed.

Royce explained to the The Post, “People kept reaching out to us after we said that Eva was born and that she had passed away.

“People were like, ‘That’s amazing; I bet she saved so many lives.’ And to know how it actually happened, with her dying in Keri’s womb and everything and us not being able to donate her kidneys or liver, it was kind of getting more and more depressing to see people thinking that’s what happened.”

Royce shared the tragic moment the couple discovered their baby girl had died in the womb:

“On Sunday, April 16, the day Keri officially hit full-term at 37 weeks, suddenly, we were in the two-week window. In two weeks, we’d be prepping to welcome our baby girl into the world, and preparing to say goodbye to her. I planned on sitting down that day to write Eva a letter, like I did before Harrison was born, to give him on his 18th birthday. She’d never read it, but I was going to read it to her. Keri didn’t feel Eva move much that morning, but we both brushed it off and went to lunch. We came home, put Harrison down for a nap, and Keri sat down in her favorite spot and prodded Eva to move. She wouldn’t.
We started to worry. Keri got up, walked around, drank cold water, ate some sugary stuff. She sat back down and waited. Maybe that was something? We decided to go to the hospital.

Keri erupted into tears and her body shook. I had my answer.

We held on to hope that we were just being overly anxious, and didn’t take any bags. We arrived, and a nurse looked for a heartbeat on the doppler. Nothing. Not unusual because it was sometimes hard to find because of the extra fluid. They brought in a bedside ultrasound machine and looked. It seemed that maybe there was a flicker of cardiac activity. They told us to get ready to rush in for a C-Section. I freaked out. I just remember repeating, “I’m not ready I’m not ready I’m not ready I’m not ready.” I was supposed to have two more weeks. What about the plan? What about Harrison? What about Eva’s aunts and uncles and grandparents? What if they couldn’t make it in time? …

They brought in a better ultrasound machine. Keri and I had seen enough ultrasounds to immediately know. There was no heartbeat. Eva was gone before we ever got to meet her. The brain controls steady heart functions, and Eva’s finally gave out.

Keri rolled onto her side and put both hands over her face and let out one of those raw, visceral sobbing bursts. I stood silently shaking my head. We had tried to do everything right, tried to think of others, tried to take every possible step to make this work, and it didn’t. No organ donation. Not even for the failsafe, research. We felt cheated. What a total rip-off. The word I still have circling in my head is disappointment. That doesn’t really do it justice, because it’s profound disappointment. Like the kind that’s going to haunt me forever. The kind of disappointment that is going to sneak up on me at different times, like when I’m mowing the yard or rocking Harrison or driving to a game.” 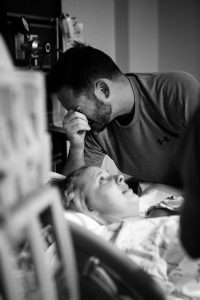 Despite the heartbreak of seeing their plan not unfold the way they had envisioned it, Eva’s eyes were able to be donated. Royce admitted it was the best moment of his life, to know that some part of their little girl could help another.

“The timing of it all is just something I can’t explain,” he wrote on Medium. “It wasn’t what we planned or hoped for, but it was everything we needed in that moment. I buried my head in my arms and sobbed harder than I ever have. Keri put her hands over her face and did the same. Happy tears.”

Despite all the pain, hurt, worry and every emotions through this tumultuous time, the Young’s don’t regret their decision.

“This is something that’s life-defining, and I think Keri and I feel like we’re going to be better for it,” he said. “That’s something people often say: ‘I’m so glad this happened to me. I’m going to be a better person now.’ But I wish this had not happened to me. I wish that I had a perfectly healthy daughter right now to hold, and I wish my son, Harrison, had a little sister. And it kills me that we had to go through this, but the main thing we wanted to try to do is regret as little as we could, and when Keri and I are 40 or 50 years old, I hope we can say we handled this the best we could given the circumstances.” 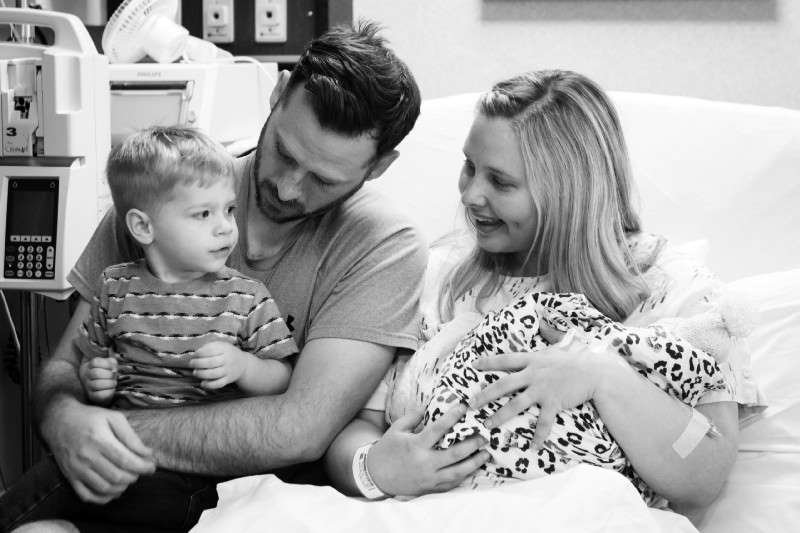 Our deep sympathies go out to the Young family. Your courageous decision has inspired the world and you can not comprehend how your story has impacted all of us.