Wade Burgess is just getting used to life at home with his family after being born almost 17 weeks early. Miracle baby Wade should have been born in October, however he arrived on the 14th of June at 23 weeks gestation weighing a tiny 1 pound 3 ounces. 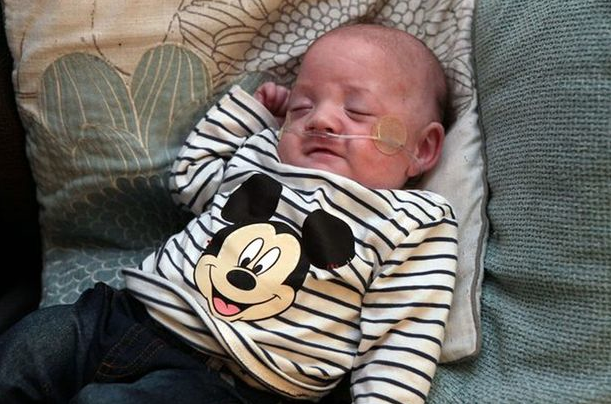 Wade’s Mum Donna didn’t find out she was pregnant until she was almost five months after she had been feeling unwell and took a pregnancy test.  She underwent an ultrasound shortly after to see how far she was and was already almost five months, she says “I had to break it to my family and everyone was in shock.. and a few weeks later I had him.. It was a whirlwind.”

Donna’s waters broke a just 23 weeks gestation and Wade was born the following day.  Donna says she was told that Wade has just a 10% chance of survival and says “I was in shock, I started shaking and my Mum had to calm me down.. It was heartbreaking.”

Wade spent almost the first five months of his life in hospital, before going home weighing a solid 9pounds and 8 ounces.  While he still requires oxygen support at home, he has certainly come a long way since his early days and weeks. Donna describes the feeling of taking Wade home for the fist time as “I’m overwhelmed, he is just a little miracle. Hopefully he will get bigger and bigger, it’s been a long time coming.”

Wade has become the most premature baby to ever survive at Liverpool Womens’ Hospital in the UK, Bill Yoxall the clinical director of the neonatal unit at the hospital says “Wade has done amazingly well despite the challenges of extreme prematurity by being born as 23 weeks.  Most babies do not survive when born at this gestation… it is great to see him go home after four and a half months in hospital. 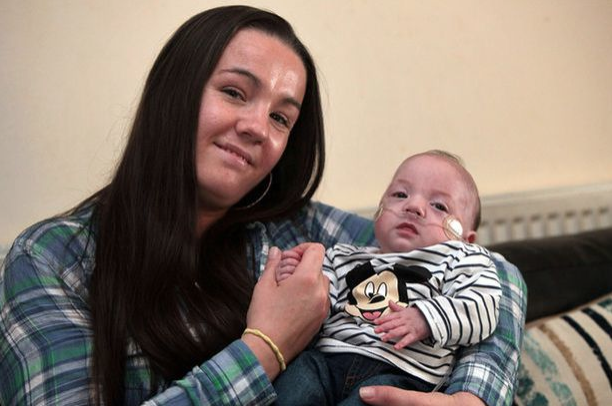 Image Credit
We wish Wade, Donna and the rest of the family all of the very best.

If you or someone you know has experience a premature birth, please contact Life’s Little Treasures for information and support.