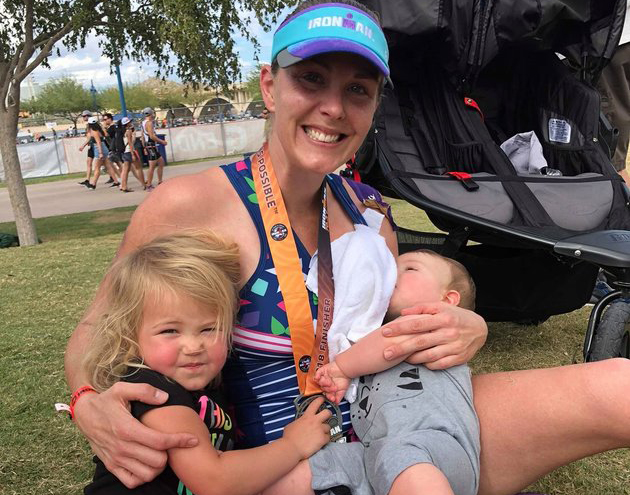 Mums can do pretty much anything. We look after everyone and everything and make the world go round for our families. Mums are awesome superheroes, every one of us!

And this mum has stepped it up a little, proving just how badass mums can be.

Jaime Sloan, a 34-year-old mother of two, recently participated in the Ironman 70.3 in Tempe, Arizona. This is a half Ironman triathlon, in which athletes swim 1.9 kilometres, bike for 90 kilometres and then run 21.1 kilometres. Between you and me, I feel exhausted just typing that. I don’t believe I could drive that complete 113km distance without needing a nanna nap!

Not only did Jaime complete her half Ironman triathlon, but she also did it in a personal best time just seven months after the birth of her second child and pumped breast milk while running the marathon portion of the event!

The active-duty Air Force airman gave birth to a second child in March, and she planned to stop during the race to pump breast milk. However, once she knew she was on pace to set a personal record, she decided to use her breast pump while running.

“I was nervous at first that I would get some weird looks or even get disqualified due to nudity,” Sloan told Kennedy News & Media, “but I did my best to cover up and make it work.” 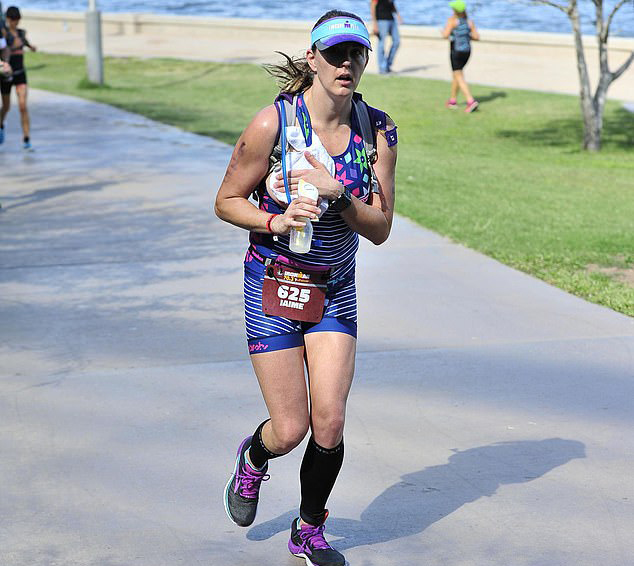 Jaime said the reaction from fellow athletes was positive. “I did get some looks from women but they were just big smiles,” she said.

Two men stopped to see if she was OK because she says they probably thought she was holding a bandage on herself. “But once they looked down and saw my pump they were like ‘Oh, okay!’” she noted.

“I hope that it can encourage other women and mothers and really anyone who has a lot going on in their lives,” Sloan said. “No matter what, if someone believes they can do something, they can make it happen because it is possible.”