A new mum in Louisiana has shared a personal Facebook post that has gone viral after she experienced intense itching during pregnancy.

First-time-mum, Christina DePino, assumed the itching was just another uncomfortable symptom of being pregnant until she trusted her gut and decided to speak to her doctor about it.

Christina was diagnosed with cholestasis, which is common in pregnancy during the third trimester, but hardly talked about. Cholestasis doesn’t hurt mum, but it can have a dangerous impact on an unborn baby. Babies have a higher change of being stillborn after 37 weeks if mum has the condition and it isn’t picked up earlier.

Cholestasis is a liver condition, where the flow of bile in the body is interrupted, causing it to build up in the liver. It can happen in anyone, not just pregnant women. One of the major symptoms is intense itching on the hands and feet, which is exactly what Christina experienced.

Christina and her husband Aaron are so grateful they learned about the scary condition a few weeks before their baby was due.

As a result, Christina was induced and she gave birth to a healthy baby girl.

Christina shared her experience on Facebook, urging expectant mums not to ignore signs of sever itchiness.

Started having severe itching a few weeks ago (it was keeping me up at night).

Thanks to a little Facebook complaining and the urging of Jennifer, Britney & Monica, I got the itch checked out & found out I had pregnancy cholestasis.

It] is basically harmless for me — except for the crazy itching — but could have caused a stillborn after 37 weeks!!

I was officially diagnosed last week and had to get her out this week! We are so blessed!

Thanks guys for giving some amazing advice which may have just saved our precious girl’s life!

(Now I will be the crazy lady running around telling all the preggie ladies to beware!)”

Christina hopes her post helps spread the word about this condition as it may save another baby’s life. 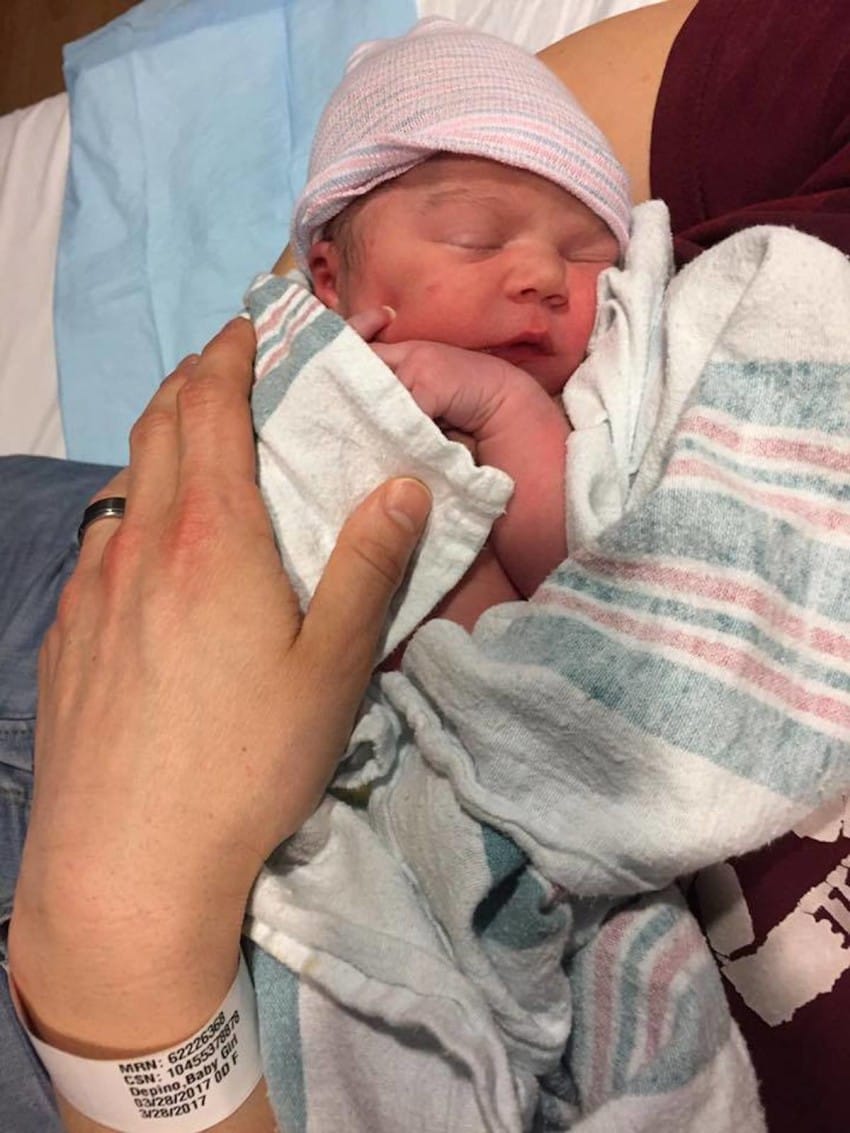 During your pregnancy, it’s important to communicate any symptoms with your doctor or obstetrician to check if they are a common symptom or something that should be looked into further.