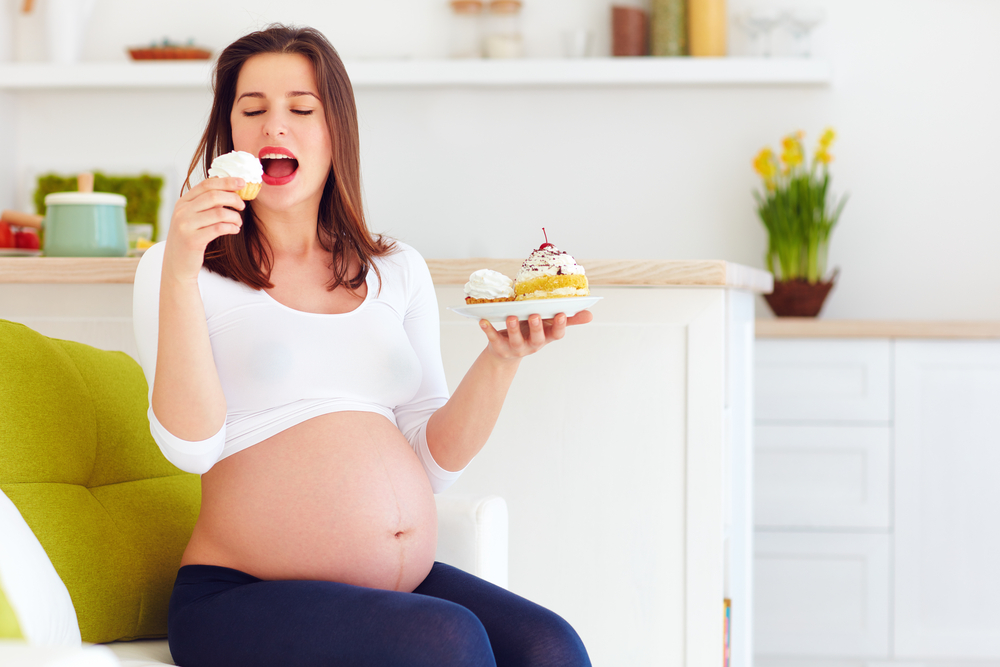 When a woman finds out she’s pregnant, it can be a guilt-free pass to indulge in all the food because technically you’re eating for two.

But new research data has put a dampener on the mindset of a free reign diet, saying high sugar consumption during pregnancy could increase your child’s risks to allergies and asthma.

It seems researchers have found a link between a high sugar diet during pregnancy and the development of children’s allergies and asthma later in life.

The study, which was published in the European Respiratory Journal, was conducted by a team from the Queen Mary University of London (QMUL) and the University of Bristol. The team studied data from almost 9000 mothers and tracked their offspring since the early 1990’s.

After analyzing the data, the study found mothers who had a high diet in sugar (including free sugars found in honey and fruit juice) during the third trimester of pregnancy, increased the risk of their child developing an allergy or allergic asthma. In fact it increased their children’s risk to being tested positive to allergens including dust mites, cats and grass and allergic asthma by age seven.

The children of mothers who consumed the most sugar had a 38 percent increased risk of allergy and a 101 percent risk for allergic asthma, compared to children whose mother’s consumed the least amount of sugar.

While the study has raised some interesting correlations, researchers have warned their findings don’t mean sugar is toxic or should be avoided during pregnancy. Instead, they’ve recognized an association between the consumption of sugar and allergies in children.

QMUL’s Professor Seif Shaheen, who led the study, said in a statement, “We cannot say on the basis of these observations that a high intake of sugar by mothers in pregnancy is definitely causing allergy and allergic asthma in their offspring.”

“However, given the extremely high consumption of sugar in the West, we will certainly be investigating this hypothesis further with some urgency.”

There didn’t appear to be a link between the sugar intake levels of the children during early childhood that could have contributed to their developing allergies or asthma later in life.

The research is something that needs to be further investigated, but the current findings may be the incentive to eat one row of chocolate instead of a whole block.