Could this bassinet be the answer to all new parent’s dreams?

In a world first, a smart crib has been designed to put babies to sleep to give much respite to exhausted parents. 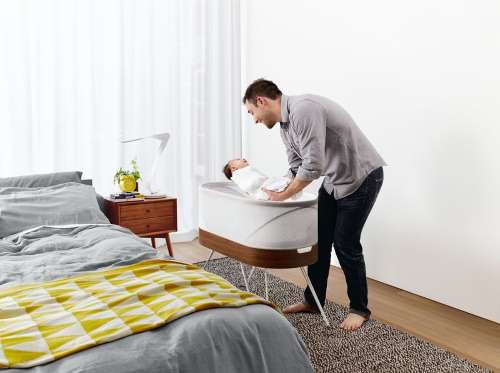 The magical bassinet is called SNOO and has been dubbed the ‘smart sleeper’ as it uses robotic technology and artificial intelligence to put your baby to sleep.

The bassinet was designed by renowned Swiss industrial designer Yves Behar who collaborated with paedatrician, Dr. Harvey Karp, known as the baby whisperer and renowned for his book, The Happiest Baby on the Block. The SNOO took 5 years in the making. 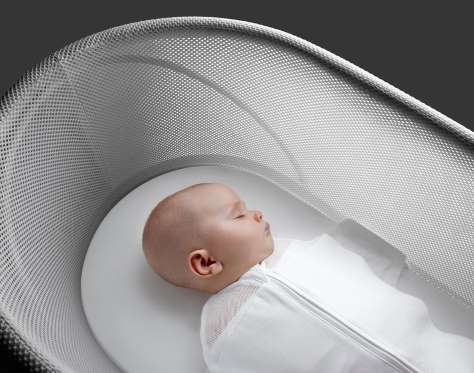 The bassinet rocks and imitates the rhythms of the womb. It’s intensity of motion is adjusted as the SNOO uses three microphones to discern the baby’s level of crying and fussiness. Below the mattress are sensors, speakers and a robotic engine that work together to help soothe an unhappy baby. If the baby cries for more than 3 minutes, the SNOO will stop to indicate a parent needs to console the baby. The SNOO can work all night, providing the baby requires sleep.

A mobile app can control the SNOO and to relieve WIFI concerns, a metal shield has been added to ensure there is no exposure to the child.

The SNOO has a modern and sleek design with a wooden base, double layer of mesh for the walls – for ventilation and visibility, and sits on hair-pin style legs.

The SNOO can be purchased for $1160, which is comparable to most timber cots on the market. 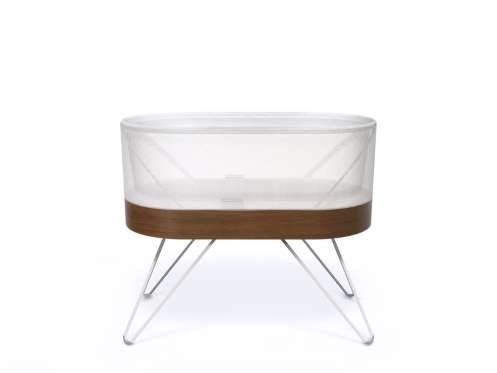 The only downside to using the SNOO is a baby could get used to the rocking motion and not learn how to self-settle. The crib can only be used for the first five to six months of a baby’s life, which is usually the time when sleep deprivation is highest.

But it could be the answer for desperate parents who need a good night’s sleep if they have a fussy baby.