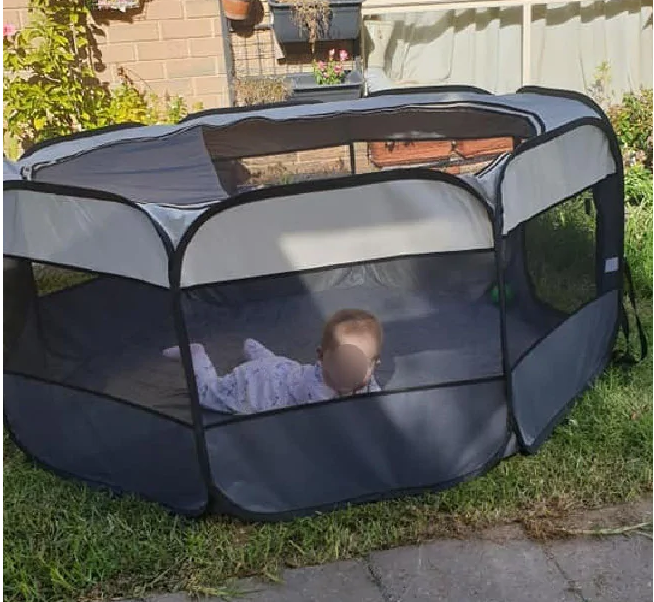 A mum has shared her idea for keeping her little one safe outdoors — a $29 Kmart puppy playpen — and it has gone viral as parents all over Australia see the immense value in it.

Intended to keep pets safely inside, the pop-up playpen is also ideal for containing babies while the parents hang out the washing or do a spot of yard work.

Cheralee Jansen, from South Australia, posted a series of photos to a Kmart Facebook group recently, describing how she has set up the pen in her backyard.

“I didn’t like leaving my little one inside while I was outside hanging out the washing,” Cheralee explained. “I also had nowhere to put her while I was tidying the yard up.”

For just $29, Cheralee decided to give Kmart’s foldable pet playpen a go. 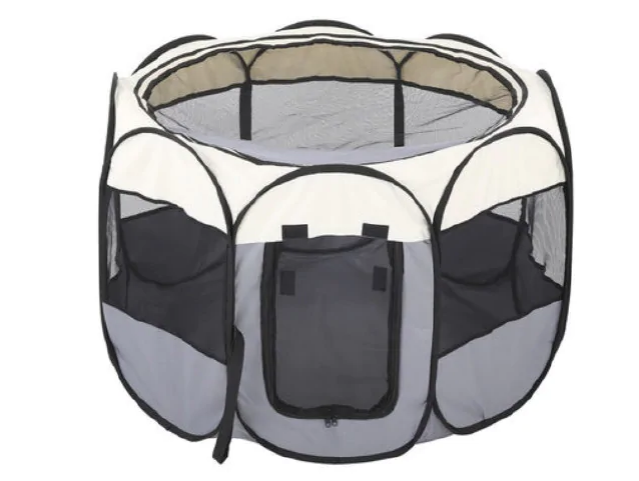 “With the ground being wet and cold, I thought I’d try it out and she just loves it,” she said.

“I put toys in there for her and she is safe from bugs as well.”

Many comments praised Cheralee’s idea, saying “This. Is. Genius”.

“What a wonderful way to keep her safe while your mind is busy doing household chores,” one woman wrote.

“Throw a heap of toys in there and she should be set for hours.” 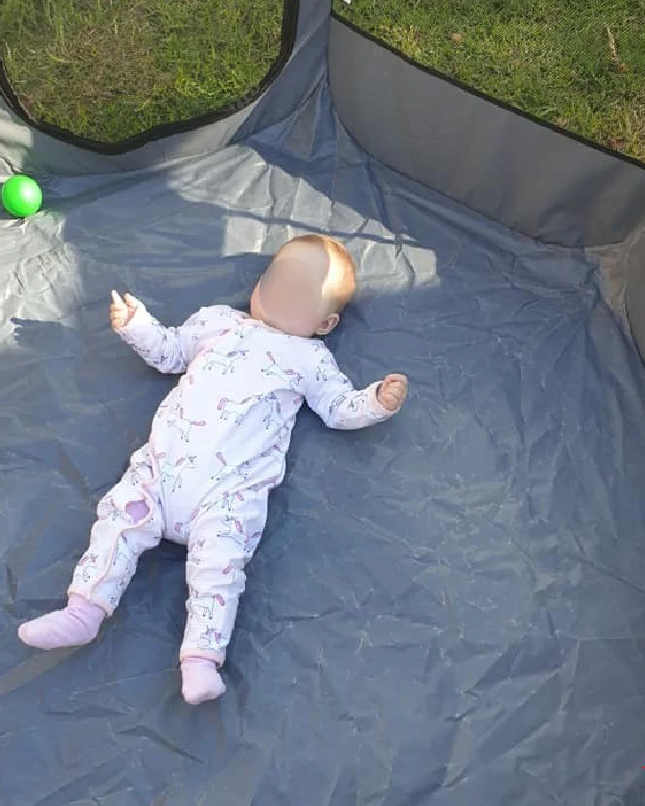 According to Cheralee, she hadn’t received any negative feedback at all and was completely overwhelmed by the viral response to her idea.

“I didn’t think the response would be like this at all, I’ve had no rude comments at all,” she said,

“I was worried I would, but the other good thing about the playpen is that you can take it anywhere like parks, the beach, and on camping trips.”

What a fabulous idea! When my eldest was little I actually went out and bought a few clothes racks because I had nowhere to put her as I was hanging out the washing in the backyard. If I had known about this genius idea I wouldn’t have had to completely change the way I did my washing!