The odds of having twins for two pregnancies is 500,000-to-1. But one couple beat those odds by having a third twin pregnancy.

The incredibly blessed couple, Karen and Colin, are definitely not your typical parents. Sixteen years ago Karen gave birth to twin boys, Lewis and Kyle. Two years later, Karen found she was pregnant again with twins and gave birth to Finn and Jude. 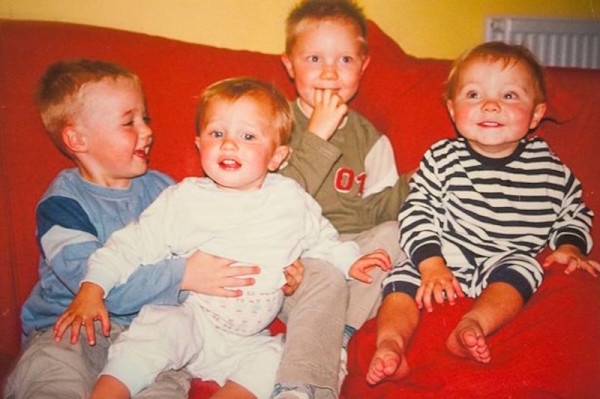 Karen and Colin had their hands full with two sets of twin boys but they threw themselves into the role of parents to their four boys.

Remarkably, ten years later, when Karen was 41, a six week scan confirmed Karen was expecting again. But not just one baby… twins again!! 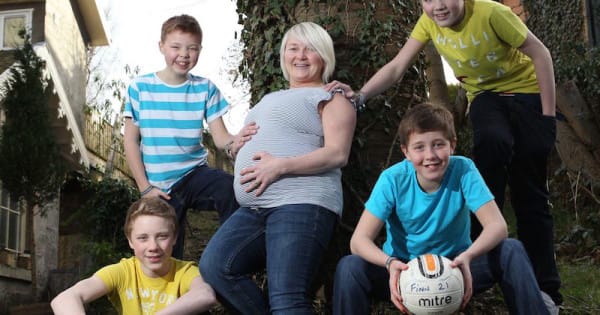 When Karen texted her husband to let him know about the scan, his reply was ‘That is not funny’.

When Colin and Karen accepted the reality of being pregnant again with twins they decided to keep the sex a surprise. They were delighted to welcome twin baby girls, Rowan and Isla. 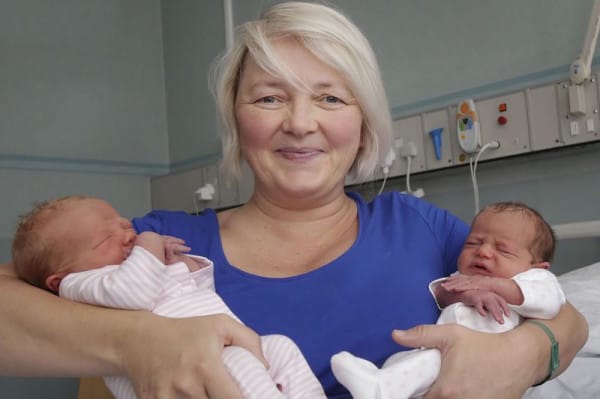 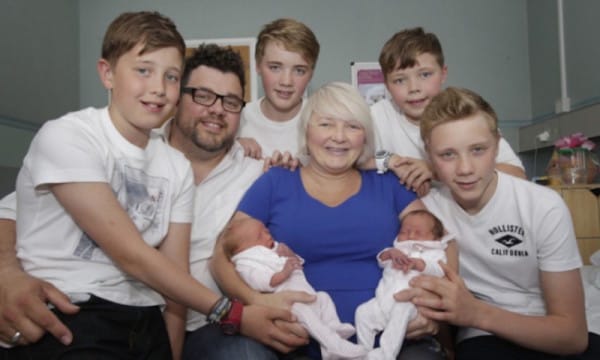 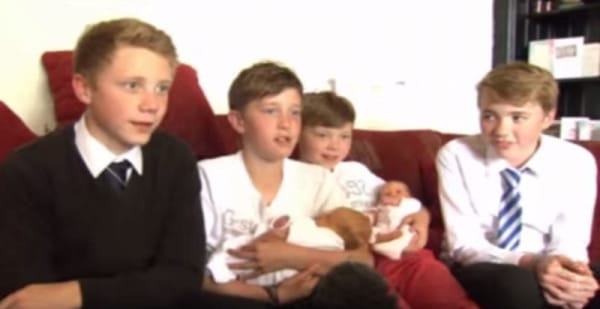 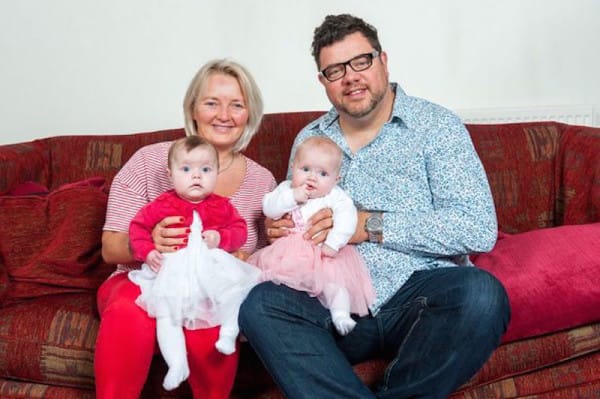 The twin girls completed their family unit and their older brothers were smitten with their twin sisters. 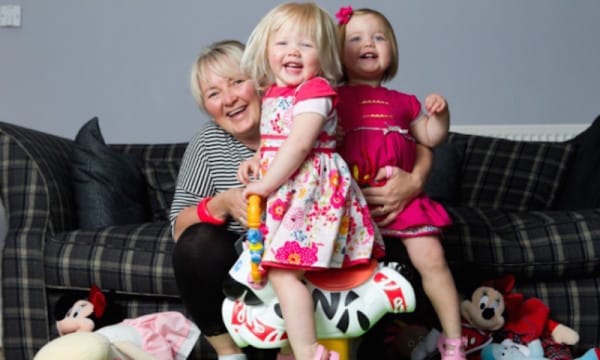 The family get a lot of attention when out together when they realise the children each have a twin. It’s very rare for a mum to give birth to three sets of twins.

Colin jokes, “Boyfriends will be completely unacceptable.I think the girls are going to have five dads with the boys looking out for them too, and it will be a frightening gauntlet for any boyfriend to run.”