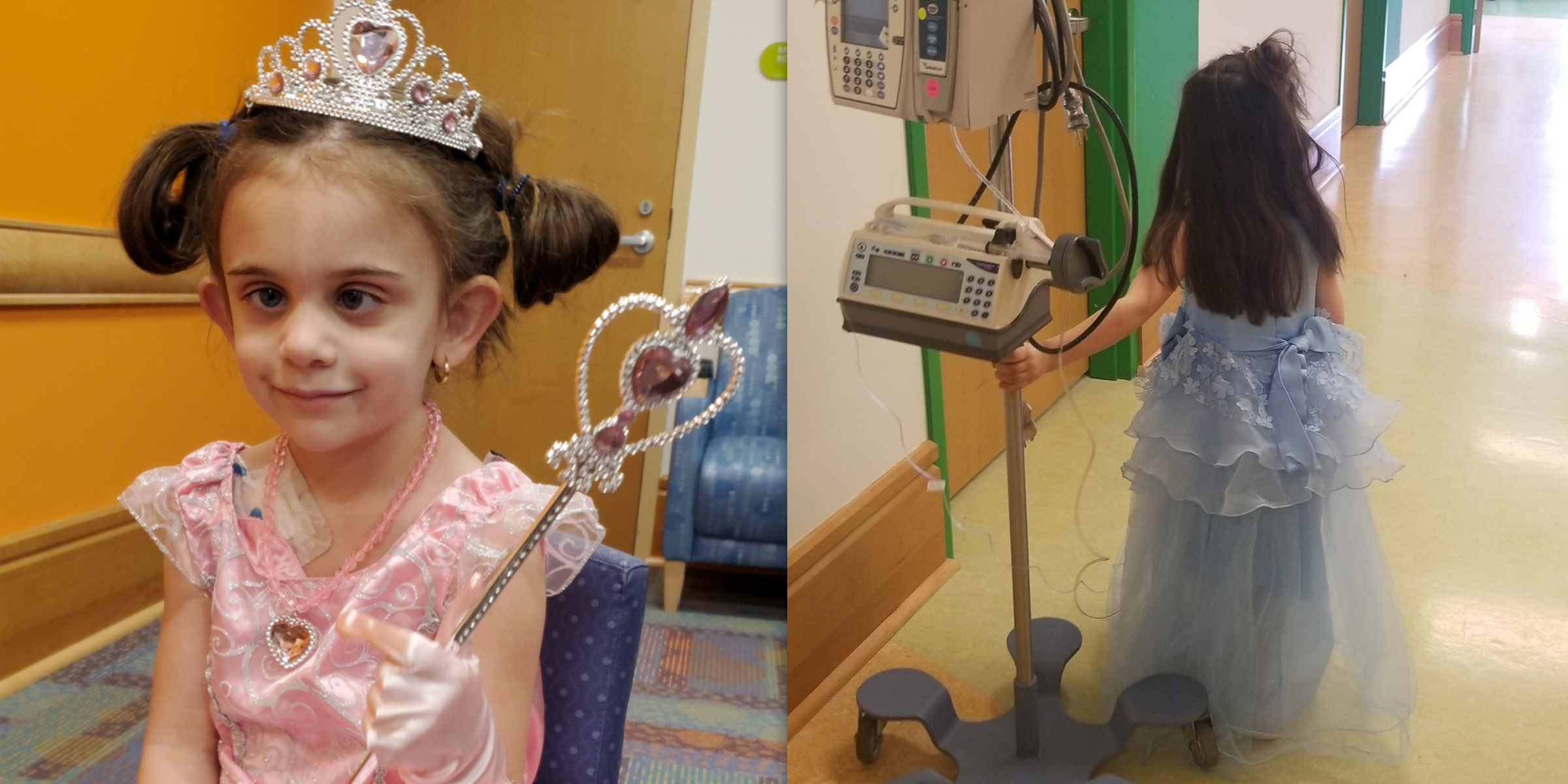 Facing twenty chemotherapy treatments for a tumour behind her eye, little Lilli Durante has opted to do it in style, wearing a different princess gown to each appointment.

Last December, then-4-year-old Lilli woke up one morning with left eye crossed. After numerous doctors and specialists appointments, Lilli’s parents learned that their little girl had an optic pathway glioma, cancerous growths on her optic nerve.

Confronted by twenty sessions of chemotherapy, Lilli’s parents felt scared and daunted, but their sweet little girl reacted with strength and playfulness. She wanted to wear a different princess gown for every treatment. 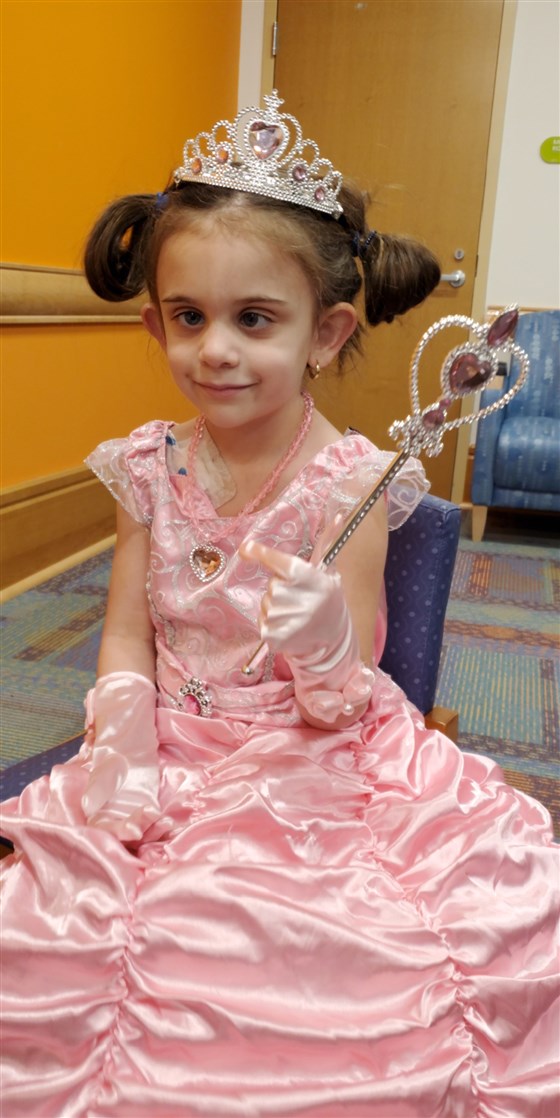 “She just knew she had to get some medicine for her sick eye. She is really a trooper through all of it,” mum Courtney Durante, 33, of Irwin, Pennsylvania, said. “She loves wearing big gowns, the bigger the better. The fluffier, the sparklier, the better.”

For every one of her 20 chemotherapy appointments, Lilli, now 5, has worn what she calls a princess gown and has not once repeated a dress.

Sometimes she dresses as a Disney princess. So far, she’s been Belle (her favourite), Ariel, Cinderella and Aurora. The other dresses she wears have lots of fabric, sparkles, glitter and frills. While her parents purchase many of the dresses, friends and family have started giving her some so she can keep up the practice for another 20 infusions. When she got her last treatment, she left a trail of glitter throughout UPMC Children’s Hospital of Pittsburgh.

“She loves surprising everyone every week,” Durante said. “Some of the nurses call her, ‘her majesty.’ It puts a smile on everyone’s face…and usually she gets compliments and eats it up and loves it. It really gives her something to look forward to.” 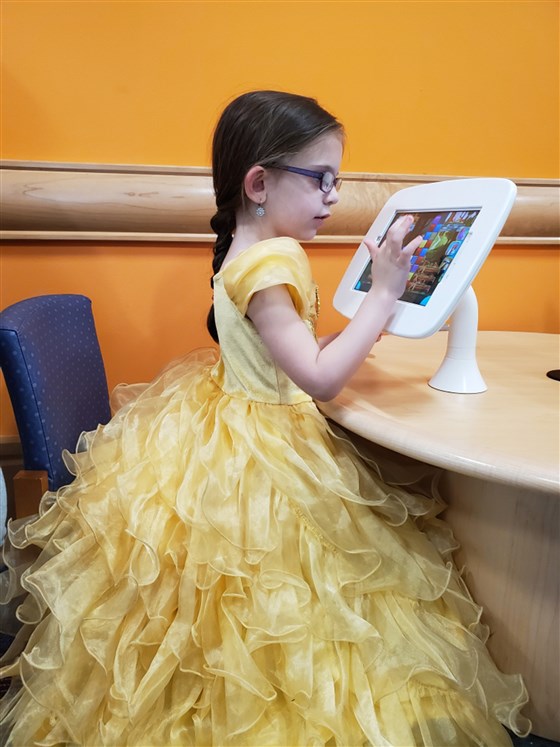 Her doctor, Dr Jim Felker, an assistant professor in the pediatric neuro-oncology program at Children’s, said he sees a transformation when Lilli arrives.

“She exudes that energy and that happiness that is vital to get through what can otherwise be, from the outside, at least, a sad experience,” he told TODAY Parents. “She really is special. She brightens up the clinic.”

Dr Felker said the tumours have shrunk, but Lilli had an allergic reaction to the first chemotherapy protocol and had to switch to a new regimen. Yet, Durante said Lilli still struggles to see. She needs to wear an eye patch on her right eye at night to help correct the crossed eye and she has glasses.

“Lilli is an inspiration,” Dr Felker said. “You realise how resilient kids like Lilli really are.”

We wish Lilli and her family all the very best for the future.