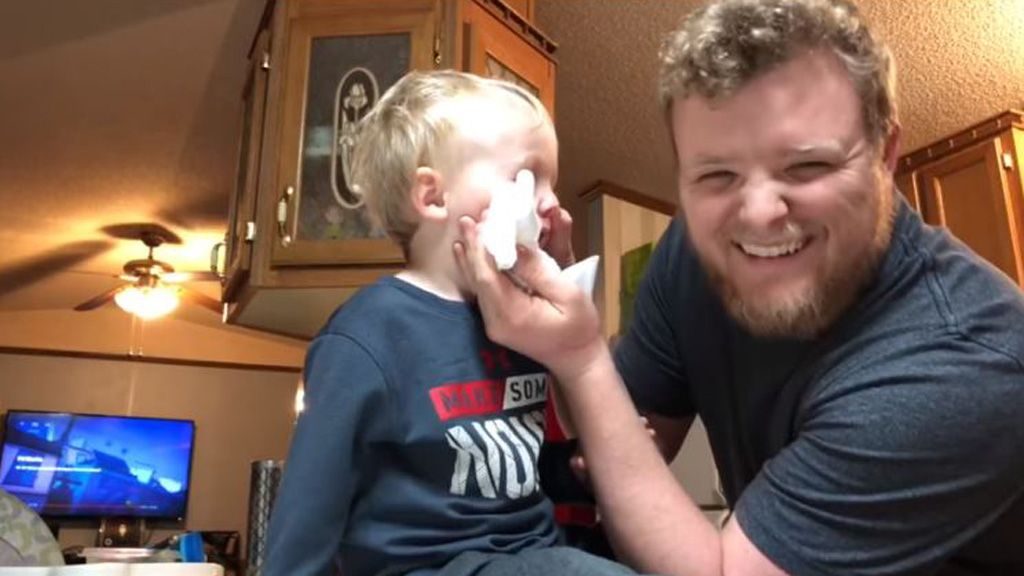 So now we’ve all got a new technique to try the next time one of our children puts something soft and squishy up their noses, and we can thank this dad and his hilarious video for demonstrating it for us.

Josh Aultman’s son managed to shove a piece of cooked macaroni up his little nose, as children will inevitably do at some point, and was instructed by his wife, Katie, to remove it while she filmed the process.

“So…Jayce stuck macaroni in his nose,” she wrote. “Therefore, I had to tell Josh Aultman how to extract it… best vid ever. Hahahahahaha…”

Who knew you could do this? I’d be trying to get the child in a headlock armed with a pair of tweezers, no doubt resulting in plenty of tears from both of us! This trick, while fraught with potential parental snot-ingesting disaster, as poor Josh discovered for himself, seems much easier on everyone!

The technique is known as the “mother’s kiss”, as The Royal Australian College of General Practitioners details on their Australian Family Physician website:

How to perform the ‘mother’s kiss’

If necessary, the procedure can be repeated a number of times.

Did you know we could do this? I feel like we’ve all learnt something new today!