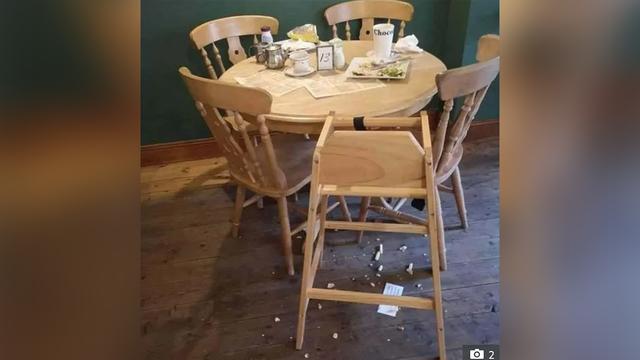 Do you always clean up your family’s mess when you go out to eat? Or do you leave it for the staff to clean up?

This is the theme of an intense debate on social media after a small café posted images on Facebook revealing the mess a mother left after enjoying a meal with her toddler.

Clearly written in a moment of frustration, the post detailed the interaction that prompted them to speak out. 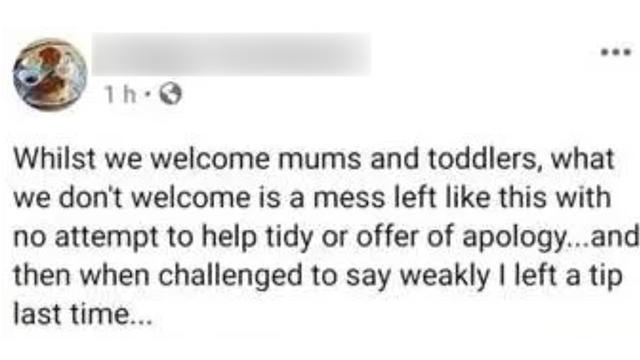 The post was spotted by the young mum’s sister, who responded to the post with a serve of her own.

“Absolutely disgusting behaviour from a so-called business,” she wrote. “As if young mothers don’t have it hard enough without your sad attempt to publicly shame them not only online but in your tearoom.

“Didn’t seem to have a problem until after they had paid and tipped you,” she added.

“But don’t worry, even though you told my sister and her 11-month-old baby they were never allowed in your tearoom again, I doubt they’d want to after such a disgusting display of unprofessional behaviour.” 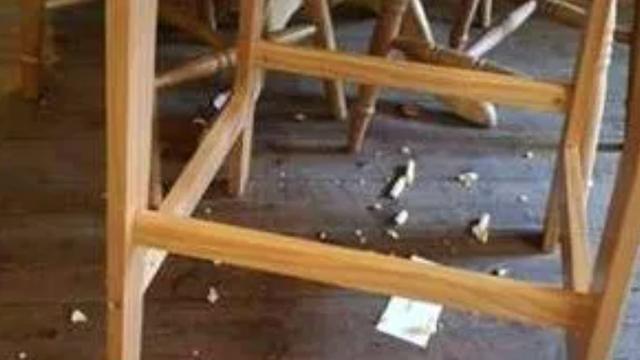 Paul Crush, the owner of the tea room, responded to the social media backlash by apologising for having caused any offence, but also defended his position.

“We firmly believe hospitality is there to serve all customers and yes, we understand we have to clean up after them, but a simple recognition would be nice,” he said.

“The ladies – and let’s be clear, I would have posted a similar message regardless of who left such a mess and contrary to what is being said, this was not aimed at just young mums – did not even attempt a simple, ‘Sorry for the mess’.

“Nor did they, as they claim, tip, but were happy to just walk out and leave it.”

“We are sorry if this has offended or alienated some groups, young parents in particular, but come and visit for yourselves and you will see just how welcoming we are.”

What do you think? Would you at least make an attempt to pick up after your child has made a mess in a public space? Or is it up to the staff to clean up after their guests?

What do you do when you eat out with your family? Share your thoughts in the comments on our social media channels.