In an incredibly sad story out of the United States, it has been revealed that a 10 week old baby girl, Nevaeh Marie Landell, died from water intoxication. The newborn was rushed to the emergency room by her parents, Herbert George Landell, 26, and Lauren Heather Fristed, 25, after she was given breast milk that had been diluted with water. Her parents have since been arrested and charged. Her father was charged with felony murder and aggravated battery by depriving, while her mother was charged with aggravated battery by depriving, first degree cruelty to children, and second degree cruelty to children. 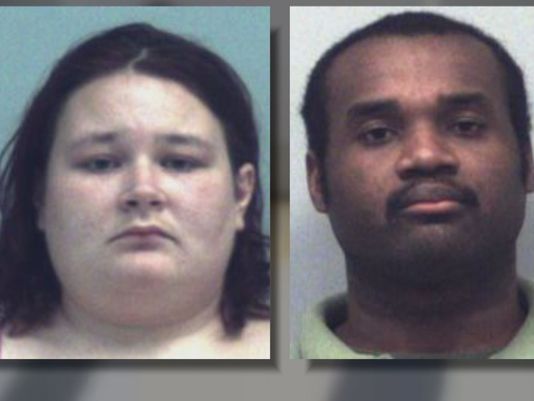 According to experts, babies under the age of 6 months should not drink any water. They get enough hydration from breastmilk or formula without the need for additional water. Given the size of babies tummy’s, water fills them up and reduces their desire to feed. Water offers babies no nutritional value and disturbs the balance of electrolytes in their bodies, which in turn affects both brain and heart function.

In this incredibly heartbreaking case, little Nevaeh’s electrolyte and sodium levels dropped, which in turn caused her brain to swell. And in a disturbing study conducted by the Cincinnati Children’s Hospital Medical Centre, it was found that more than 25% of families living in poverty reported watering down or reducing feedings – a dangerous practice that can lead to serious cognitive, behavioural and psychological issues, as well as damaging the developing brain.

In order for powdered formula to be safe, it must be mixed with the exact amount of water specified on the product labelling – never any more. In addition, water should never be used to dilute breastmilk. ‘Formula-stretching’ is a dangerous practice that has clearly been shown to have serious consequences on a babies health.

According to experts, water can be introduced to babies over the age of 6 months in small quantities. However, it’s important to remember that water does not contain any nutritional benefit to babies and therefore, they need to get these nutrients and electrolytes from breastmilk or formula. Giving babies over the age of 6 months water as a form of hydration will mean that they are missing out on the key nutrients they need to grow and develop.

According to Dr Claire Hoverman from Intermountain Healthcare, even after the age of 6 months, babies only require small sips of water until they are 1 year of age and are eating solids and drinking whole milk.

For more information on when it is safe to give babies water, check out this simple guide from New Kids Centre.