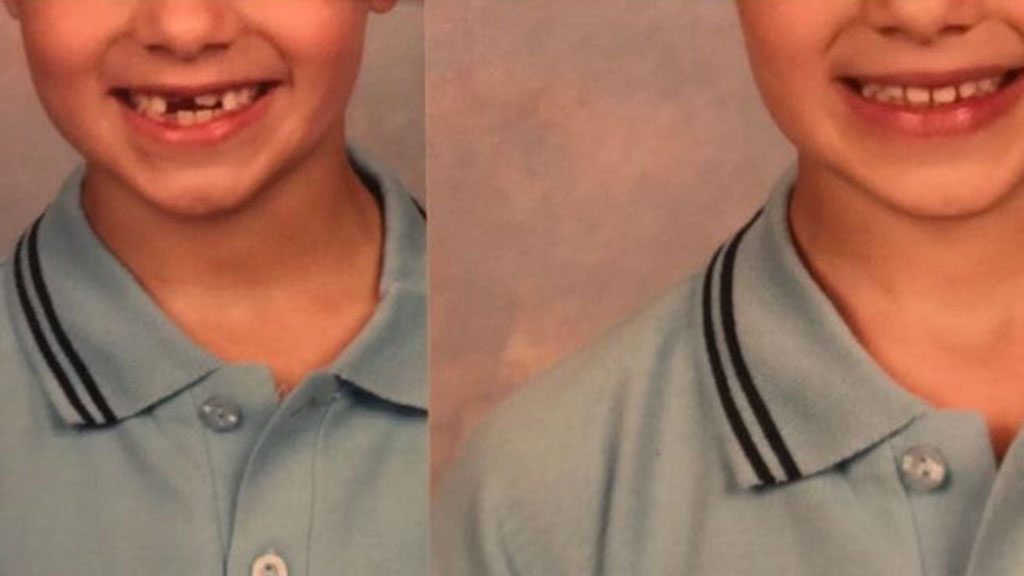 I recently received my daughter’s professional school photos and I noticed I sucked my breath in before opening the folder to see the image.

Last year, my daughter’s school photo was average. Despite my efforts in putting her hair in a braid so she’d look her best for her first ever school photo, her hair had fallen out of the braid and the photo wasn’t how I expected. Her smile was somehow forced, not natural.

I take photos of my girls all the time. Being a blogger, photography is something I’ve had to get better at. I know how to take a good shot of my girls, so when I’m paying for a professional photo, I expect a good result from my investment.

And then I thought maybe my expectations were wrong. School photos shouldn’t be about perfection, but they are a memory, capturing my child, as she is, during a school day.

Professional photos cost money and so I don’t think it’s wrong for parents to want a decent photo of their kid, but one mum in South Australia got more than she bargained for when she received her son’s school photo.

The mum was left ‘baffled’ after her son’s gappy smile had been filled in, digitally, without her permission.

Ange Pickett shared her surprise at the digitally altered photo in a blog post.

“At first, I thought they’d given us last year’s photo – but then I looked closer. Nope. His mouth had been photoshopped with what looked like last year’s baby teeth swapped in,” she wrote.

The mum questioned the company’s actions by writing, “Surely we have lost the plot when we start photo shopping an 8 year old’s gappy grin”.

“Why would anyone think to do this? At what point did missing teeth because something to be ‘fixed’?

“… this wasn’t touching up the light on a sunset or brightening up the group shot to see everyone better. This is a kid who didn’t lose a tooth until he was almost seven,” she wrote.

The photography company who produced Pickett’s photo, assumed they were going one step ahead by offering a ‘perfect’ photo. But their assumption was wrong and as a result not received well.

The company have been very apologetic about their actions and promised it would not happen again. They also offered an original photo untouched and reprints.

While Pickett’s post has gone viral and has been picked up by various news media, the mum has shared what she has learned from the situation. “The best thing has been the realisation that for the most part parents want these memories of their kids to be just as they are.”

That may be the case. Most parents want this.

But do they really?

Why would a professional photography company spend extra time digitally altering a photo unless they had reason to do so in the first place? While the parent in this situation did not want her son’s picture altered, how many parents are out there, demanding these changes? I think that’s the question we should all be asking ourselves.

How can we be concerned about how social media or magazines are making our kids feel inadequate, when parents are requesting school photos to be digitally retouched? What is that saying to our children? Are we driving the inadequacy further?

If anything, this viral photo debacle should make all parents question their own obsession with how their children look.

Let’s stop the photoshopping. Stop the filters and remove the unhealthy obsession with looks.

A digitally altered photo is offering a false truth. It’s covering a memory that needs to be preserved.

An image can speak a thousand words.

Let that stain on the shirt remind us our kid loved to create a mess. Let that messy braid remind us our child loved running around in the playground. Let that gappy grin remind us the transition of each childhood milestone.

Let’s preserve our children’s photos as they should be, not how the world wants them to be perceived.