The Darth Side of Social Media

A Melbourne Father of three has been publicly humiliated and shamed on social media after taking a ‘selfie’ with a Darth Vader poster in his local Target Store.  The man (who wishes to remain anonymous) thought it would be a “good daggy dad joke” to send a selfie picture of himself standing in front of the Darth Vader cutout to his three children who all love Star Wars.

He says “I was in two minds whether to take the selfie, but I though it’ll be a good daggy dad joke…. in real terms it was embarrassing enough to be standing in front of Darth Vader, to be honest”.  What happened next was completely unexpected… 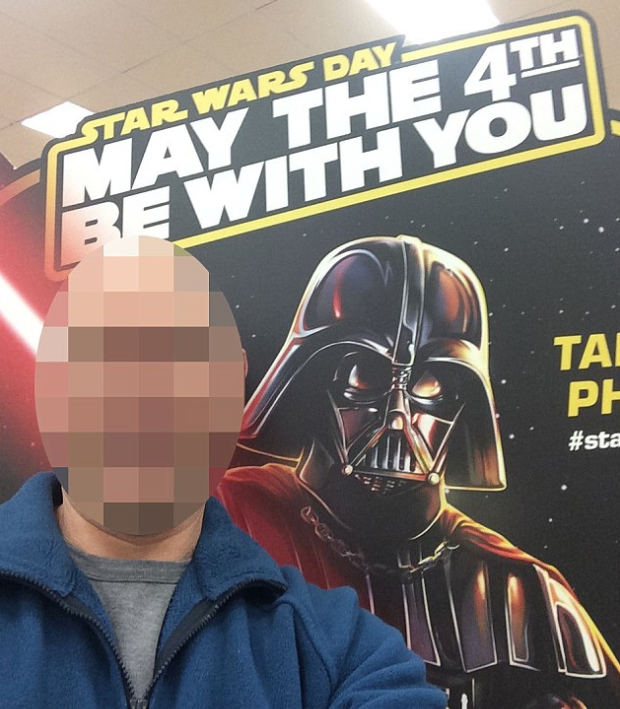 When he noticed several children near by (whom he thought were waiting to take a picture with Darth Vader themselves), he told them he was taking a photo of himself and would be just a minute.  Unbeknown to him, the mother of these children noticed the raised camera whilst taking his ‘selfie’ and immediately thought he was taking a photo of her children.  She  quickly removed her children from the area, and took a photo of the man before notifying security at the Westfield Knox shopping Centre as well as police.

Her actions did not stop there when she then went onto share the man’s picture on her personal Facebook page, labelling him a ‘creep’ and warning other parents to keep a look out for him.  Her post quickly went viral and was shared over 20,000 times. 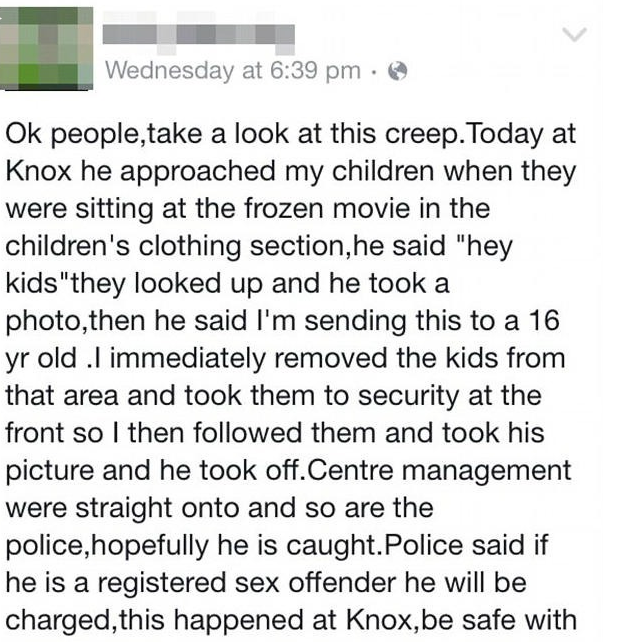 The man only became aware of the post when his phone began ringing off the hook the following day and he received a call from his distressed wife during a business meeting who had become aware of the post and photo. He immediately visited the local police station where his story was confirmed and he was cleared of any wrongdoing.

In the aftermath he has stated he is tremendously embarrassed and devastated by what has occurred, with family, friends and work colleagues around the country seeing the offending post and has stated: “We’re a very strong, community minded family and we’ve never had any issues with any form of impropriety and all of a sudden my name is smeared.”  He is now considering legal action after his public shaming and the associated trauma of receiving death threats stating:

The woman who took the photo and put the original post up has come out and siad she is sorry, telling the Knox Leader:  “I just need to say sorry… for not letting [the police] do their job, and putting my concerns on social media…. I should not have put any picture on any social media, even if I thought it was private… One thousand times over I wish I could just take it back.”  She goes on to state:

“I think the biggest lesson out of it all is not to post anything that could hurt anybody on social media.”