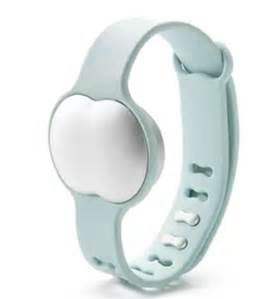 Every woman who is trying to fall pregnant knows that there is actually a very small time frame that it can happen every month. Your fertile window. If only it were like a window that you could see through and know when the right time is, but you can’t. There are a few ways of working out when the best time to have all the sex is; Home Ovulation kits, basal temperatures, cervical mucus (yes I know. But it’s true), your heart rate, your respiratory rate – you then combine all the answers and make an estimated guess as to when you think you might ovulate. Seems easy enough right? Wrong, because if you are one day off you could miss the window for that month. We are taught that we ovulate 14 days from our period, wrong! If you’re lucky you do, if you are unlucky you could ovulate on day 11 or day 21 who knows.

To be honest unless you are having your hormone and urine tested daily by a Doctor around the middle of your cycle there is no other definite way to know.
A clever group of people have thought of a very fancy idea to make it all much easier, yay! The newly FDA approved Ava is basically a Fit Bit for conception. While you sleep Ava will measure, record and correlate all the information it requires and tell you in the morning where you are in your cycle, how far away your fertile window is and if you are about to ovulate. Told you it was fancy! When our bodies ovulate our basal temperature rises and Ava will detect that rise and let you know that you are ovulating, the same way our heart rates varies significantly changes when we have Progesterone in our bodies which happens throughout the fertile window each cycle Ava will also record your heart rate over the month and when your heart rate is increasing at the same time as your basal temp this is a good indication that you may well be about to ovulate.
This new technology has been through various year- long clinical studies at the University Hospital of Zurich under the lead Professor Dr Brigitte Leeners who is a leading expert on the mathematical modelling of menstrual cycles.

Ava Fit bit, wear it at night to track ovulation

She says that Ava identified an average of 5.3 fertile days per cycle with an accuracy of 89 percent. Results of her studies were presented in June this year at the Obstetrics and Gynecology Annual Congress and will be presented in October 2016 at the German Society of Obstetrics and Gynecology Annual Congress.
As fancy schmancy as this new technology is, nothing can replace your medical professional’s advice, but if you’re going to be recording, charting and correlating all this information yourself on a daily basis then Ava can only help…if nothing else it might stop you checking your cervical mucus.
For $199 (US) I would want Ava to sing me a lullaby to sleep, have sex with my partner and make me breakfast in the morning, but hey if it works and takes some of the pressure of all things baby making off your mind – it might just be the best $199 you ever spend.