Guess what? The saying ‘Mother know best’ has just been proven. Yep, that’s right ladies you read that correctly. 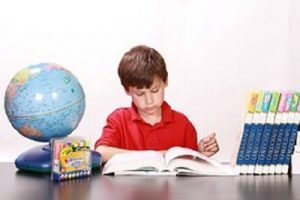 A new study is claiming that children get their intelligence from their Mum’s, finally squashing the age old tale that men are smarter than women. Yay.

Psychology Spot says that their new study has determined that children are more likely to inherit their intelligence from the maternal DNA, because they now know that intelligence genes are located on Chromosome X.  Robert Lehrke, a scientist used the study to show that because the intelligence gene is found in the X chromosome and us ladies have two of those, compared to f one in our male friends that it is much more likely that our brain power comes from our Mamas.

Included in under the intelligence umbrella, the study says that women are responsible for the development of their child’s cognitive function, thought process and language skills.

In 1984 one of the first study’s into the same question was conducted at the University of Cambridge. The study was analysing the evolution of the brain and the function of the brain. It was concluded back then that the maternal gene contributed the most to the development of the thought centre of the brain.

In 1994 a study in Glasgow, Scotland was led by the Medical Research Council Social and Public Health Sciences Unit. Once again it was proved that the most reliable predictor of intelligence is mother’s IQ.

Fear not Dads, you play your part too in the development of your child, the very same study gave you guys some positive feedback. The results were clear, the XY chromosome is much stronger that the XX chromosome in the development of physical appearance and attributes. And finally we can put one more thing to bed, it turns out the emotional side of the brain primarily comes from the paternal genes. So I guess those tantrums and emotional outbursts aren’t mum’s fault anymore. Sorry Dads.