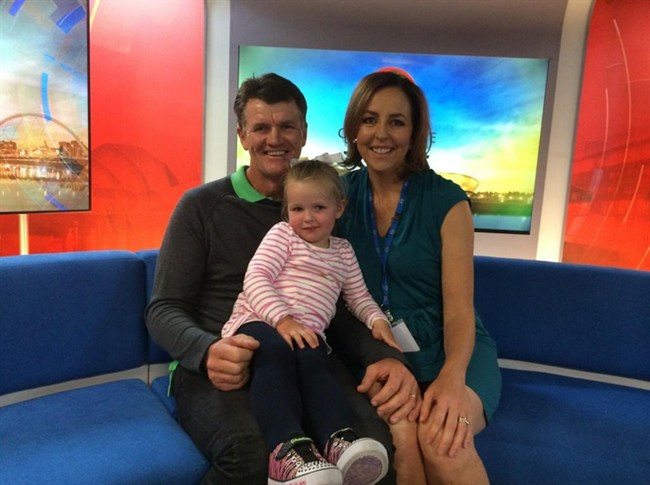 Liz, 43, gave birth to her son Austin Ralph Stocks on Monday night, announcing the new addition to the family to Woman’s Weekly.

‘We are happy to announce the arrival of a baby brother for Evelyn. Austin Ralph Stocks was born last night. He weighs 4.37kg, is 52 cm and has a full head of hair.’

After suffering two miscarriages while trying for their second child, the couple turned to IVF and were delighted when the procedure worked.

Sadly, they lost a third baby when Liz was 42.