Isla Fisher is majorly bumpin’ with third baby due any day!

39 year old Isla Fisher is heavily pregnant with her third child and she has been spotted hiking with a pal – presumably to bring on the baby that evidently awaits to join the world!

Just over a week ago she was spotted at an Oscar’s after party and photographed with Jennifer Aniston kissing her bump. 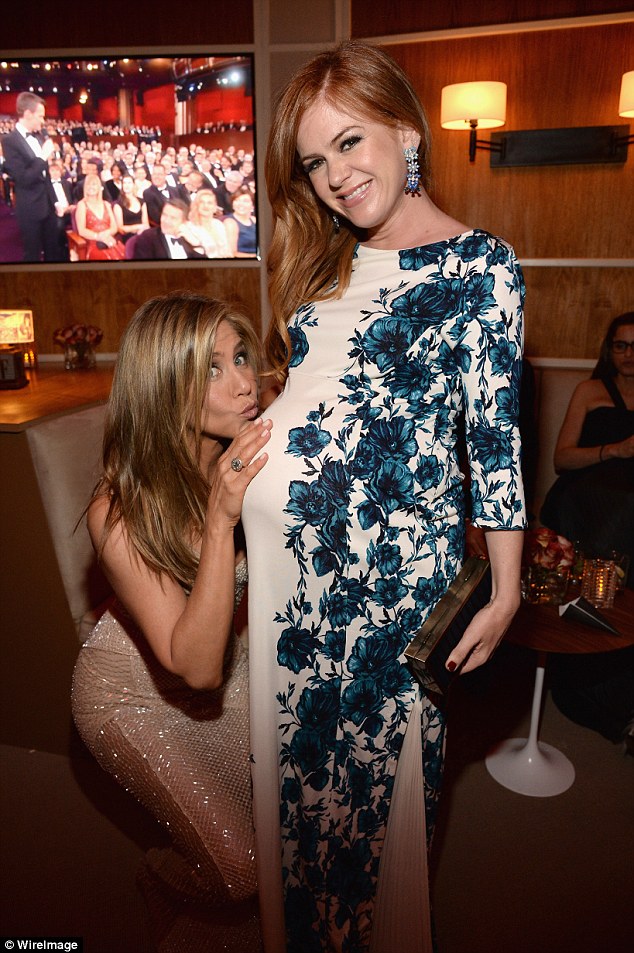 Isla Fisher and Jennifer Aniston at an Oscars after-party.

‘I gained 65 pounds with my first baby and 70 with my second,’ she told Fitness Magazine. ‘I had severe morning sickness both times, so I mostly ate supersize bowls of white pasta with loads of butter and cheese because that was the only thing that took away the nausea.’