In a remarkable 27 hour operation, thirteen month old conjoined twins have been separated. 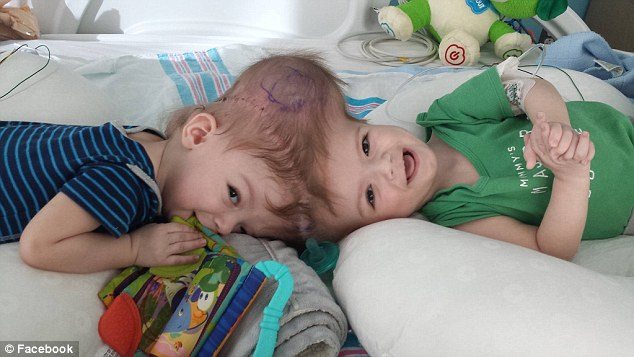 Parents Nicole and Christian McDonald make the heartbreaking decision to have their boys, Anias and Jadon separated after learning that there was an 80% chance of them not surviving past two years old.

In a surgery that has only been performed 59 times since 1952, expert Neurosurgeon Dr James Goodwich completed the surgery which was marked his 7th and longest surgery. The Craniopragus surgery came with massive risks, including death and long-term severe brain damage.

The decision wasn’t an easy one for the boy’s parents who knew they were perfect the way they were born but decided that to give their boys the chance to lead a normal life they needed to have the operation.

The surgery was performed by Dr Goodwich and Plastic Surgeon Dr Oren Tepper who along with their team had spent months preparing how they would operate including making a 3D model of the conjoined twins heads. 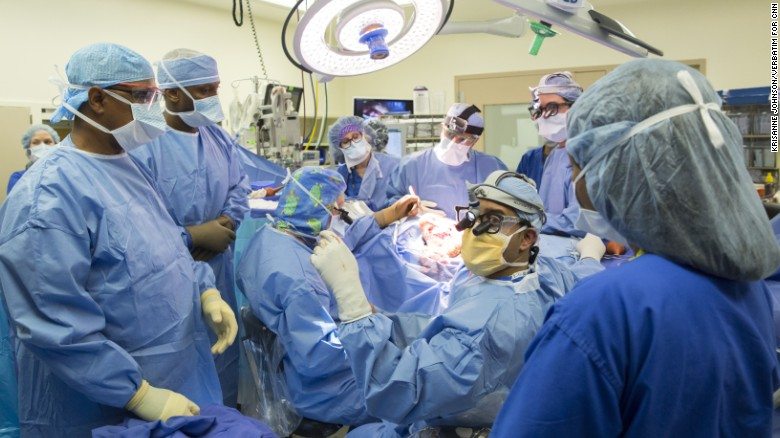 Dr Goodwich and his team

The procedure went for a painstaking 27 hours, while Nicole, Christian and their 3 year old Aza paced the waiting room. Jadon was the first to be wheeled out and into the Paediatric Intensive Care Unit of the Children’s Hospital and Montefiore Medical Centre. He was finished at 7.40am and the CNN cameras who were invited in to document the entire process caught Dad Christian leaning over and saying “My Boy” while Mum Nicole looked on with tears in her eyes.

Another painstaking 5 hours went by until 13 month old Anias was wheeled into the PICU. Anias’ surgery took longer than his brother as the surgeons realised when they started the operation that they was much more shared brain tissue than previously expected and Anias’ surgery was even more intricate because of it.

Nicole who resigned from her job as a Paediatric Physical Therapist wrote on Facebook “TWO SEPARATE BABIES” she went on to say ‘It’s a bit surreal to sit here and type this…I should feel so happy…TWO SEPARATE BABIES!!!…and yet I ache with the uncertainty of the future.

The happy parents have been told that because of the extent of shared brain tissue and the intricacies of Anais’ surgery, he is highly likely to have severe physical issues. But at this point Nicole is so overwhelmed with how well her little boys have done that she said ‘I didn’t cry until the surgeon’s left the room. I was barely able to even utter the words “thank you” because of the pit that still sits heavy in my stomach. We are standing on the brink of a vast unknown.’

UPDATE: The boys are getting stronger every day and have come home from hospital.