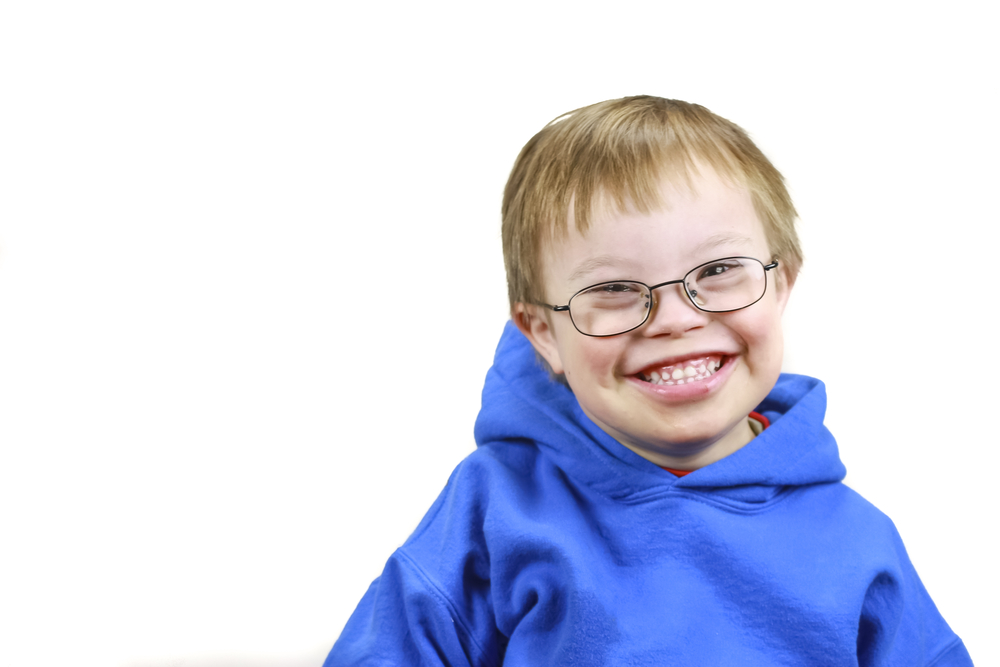 The moment our newborn is laid in our arms, we know we’re holding someone special. After months or years of planning to conceive, to conception, and the nine months of growing our little human, to their birth, there is no question that our children are valued and their worth is significant to this world.

But what about special needs children? Are they viewed in the same light? Do we think they should be given the same opportunities and possibilities as our children who aren’t disabled?

The right answer is, yes, special needs children should be valued just as kids without special needs. They should receive the same treatment and opportunities. Yet as a society, our actions prove we have a long way to go before these children are loved and accepted within the community.

One gorgeous and brave mum from Brisbane, Elizabeth Miller Deister, shared a raw and emotional Facebook live post about the conversation all parents should have with their children when it comes to interacting with special needs children.

Since being posted on Monday, the video has been watched over 2700 times and we believe it’s a video all parents need to watch.

Because it raises some important lessons on how we can teach our children to be more accepting and inclusive of special needs children. A child should not be taught that their worth is based on their appearance or what they can or can’t do.

The mum of four children, aged 9, 7, almost 5 and 3, shared an experience that broke her heart. The post was titled,

Elizabeth starts her video by explaining, “The thing that happened to us, you guys, it’s not something that was super drastic.

“We didn’t get kicked out of an airplane, for not giving up our seats to the flight attendant. It’s not anything like that at all.

“But it’s almost more painful because its things that happen everyday – everyday from people like you or me. And that’s what makes it so much more harder.

The mum described what happened before the event that took place which prompted her video. She attended a women’s bible study group on a Friday and the study was about being a strong woman and it morphed into “things we worry about and things we carry. Things we feel guilty about.”

Elizabeth admitted at the study and in her Facebook live video, “Being a special needs parent – that’s something I always worry about. Am I doing enough? You know, am I doing what it takes to get him (Eli, her special needs child) to where he needs to be?” she asks.

“I think all special needs parents feel that.

“No matter how awesome our kids are, we all feel it right?” 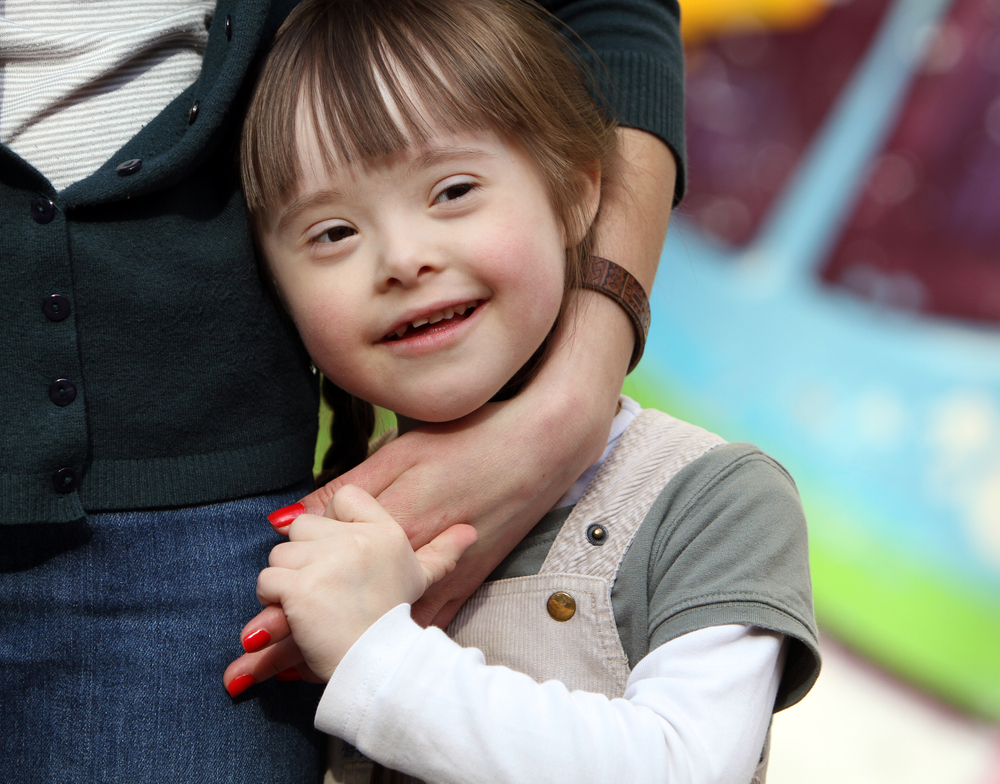 From here, Elizabeth describes the incident that caused her to hide in the carpark bushes at her church and cry.

The mum explained how the family have put themselves in a bubble for the last 8 months, because sometimes that’s easier than having to deal with the world’s reactions to special needs children.

But last Sunday, she decided she would put her youngest two children into Sunday School.

She asked the Sunday School volunteer to ensure her son Eli, who has Down Syndrome, to be placed in his age appropriate class of 4 to 5 years. The volunteer had no problems placing Eli into the right class.

Halfway through the church service, Elizabeth decided to check on her children.

She headed to Eli’s class and Eli was not there.

Elizabeth explains the conversation in her video,

“Any of you that have kids with special needs probably know that feeling and take a deep breath. And I said ‘ok, why?’”

“And the volunteer got defensive and said, ‘well, we have these other kids…’”

Elizabeth says in her video, she gets it. She understands it takes 5 extra seconds to say, ‘no Eli, you sit down. You need to listen like everyone else.’

“‘It may even take 10 extra seconds to put him in time out. And say, ‘no. you do like every other kid does.’

“Does she have to? No. Is it easier to put him with the babies? Yeah it is.”

The mum picked up her younger two children and broke down behind a bush at what she had witnessed.

“Here’s the thing, this is not the worst that has happened to us.

“But it highlights what we have to deal with all the time.”

Elizabeth says the volunteer’s actions were not out of being malicious or mean and she didn’t do it out of anger or hurt. In fact, after the pastor of her church heard about the incident, he called the family “directly to talk about what happened and really wants change and to show this attitude doesn’t reflect his heart and the heart of the church (which I know it doesn’t).”

Unfortunately these attitudes come out of uneducation.

The two things that upset Elizabeth from the incident was it was teaching her son bad behaviours if he doesn’t do what he’s asked. ‘If he doesn’t listen, he gets to go play.’

But the most hurtful part of the incident is the most damaging.

“What is it telling the other children?” she asks.

And this is where Elizabeth encourages, it starts with you and me, having a conversation with our children about accepting special needs kids who are a bit different and may require ‘extra effort’ to befriend.

Elizabeth asks in her video,“When is the last time that you guys have ever asked your child to invite somebody they didn’t want to at a party?

“When was the last time you asked your child to invite that girl in a diaper who doesn’t talk, to the birthday party?”

“Or asked your son to invite that boy who flaps in the corner, to a sleepover?”

“When was the last time you had that talk with your kids, talked with your kid [about] playing with kids in the playground that no one plays with? Will it require more from you? Yes probably.”

Elizabeth explains that teaching our children to look out for those kids who aren’t like them, those extra few minutes or the time that it takes out of their day to befriend a special needs child, will mean more to the child and their parents than you can ever imagine.

“Change starts with us and kids pick up on things so much more.”

“Let’s invite the kids that look different and act a little different.”

The video has been shared 40 times and has resonated with many parents with special needs children.

Zinta Harris, who also has a son with Down Syndrome explains, “it is such an important message…we too have experienced this…it is ignorance not malice….from church and even close friends…education is the answer….”

Unfortunately, the church has been criticized for the incident, but that’s not where the problem lies. Children with disabilities are bullied or left out all the time in schools, friendship groups and social settings because they are written off as ‘too hard’ to deal with.

If we really believe children should be valued, no matter their appearance or whatever special needs they have, we need to start being inclusive, rather than exclusive.

Sometimes, misbehaving ‘normal’ kids tantrum louder and harder than a special needs child, yet they aren’t sent to spend time with the ‘babies’. Their behavior is dealt with appropriately. The same standard should be applied to kids with disabilities.

When Go Ask Mum contacted Elizabeth about her video she explained,“The point of the video was to focus on education and I really believe that needs to start with us as parents. The subtle things we “tell” (without even speaking a word) is where I believe we are going wrong. So many people are uneducated about the world of disabilities. It’s not something to fear…it’s something to embrace and learn from.”

And this video is a step in the right direction. Let’s have those important conversations with our children now because it can make a huge difference to special needs kids, and their parents, who fight everyday for their children to be embraced and accepted by society.

Do you have special needs children? Has your child ever experienced this type of exclusion? We’d love to hear your experiences.