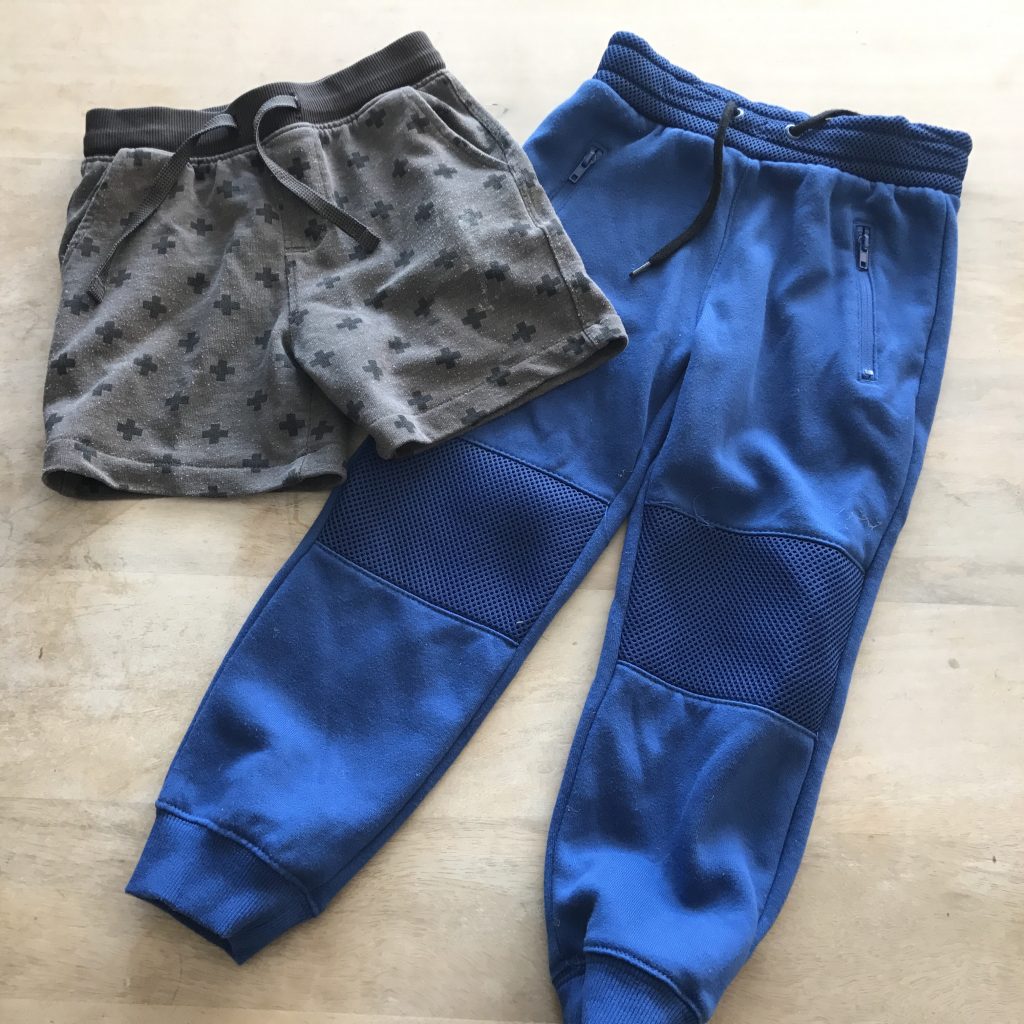 Getting the Hurricane ready for school, a mad rush as per usual, I weighed in on what I knew would be a battle. Of late, oh who am I kidding, correction, since birth, my son has not been one to wear clothes, perpetually naked and always running hot, he’s perfectly content rocking thongs and a pair of shorts in the middle of winter! But not today, wasn’t going to happen, an ongoing hacking cough has left me with too many sleepless nights and I had made it my personal mission to make sure this kid was going to be appropriately dressed for the cold, wet, weather !

Arming myself with jumper, school shirt, socks, shoes, vest and the dreaded tracksuit pants, I went in for the swoop, dammit, I’d forgotten the undies! Momentarily placing the pile down and racing back to the bedroom at a sprint, my split second stumble had caused the four year old to assess the pile, identify the pants and lack of shorts and escalate rapidly into rabid animal mode in a wild panic! 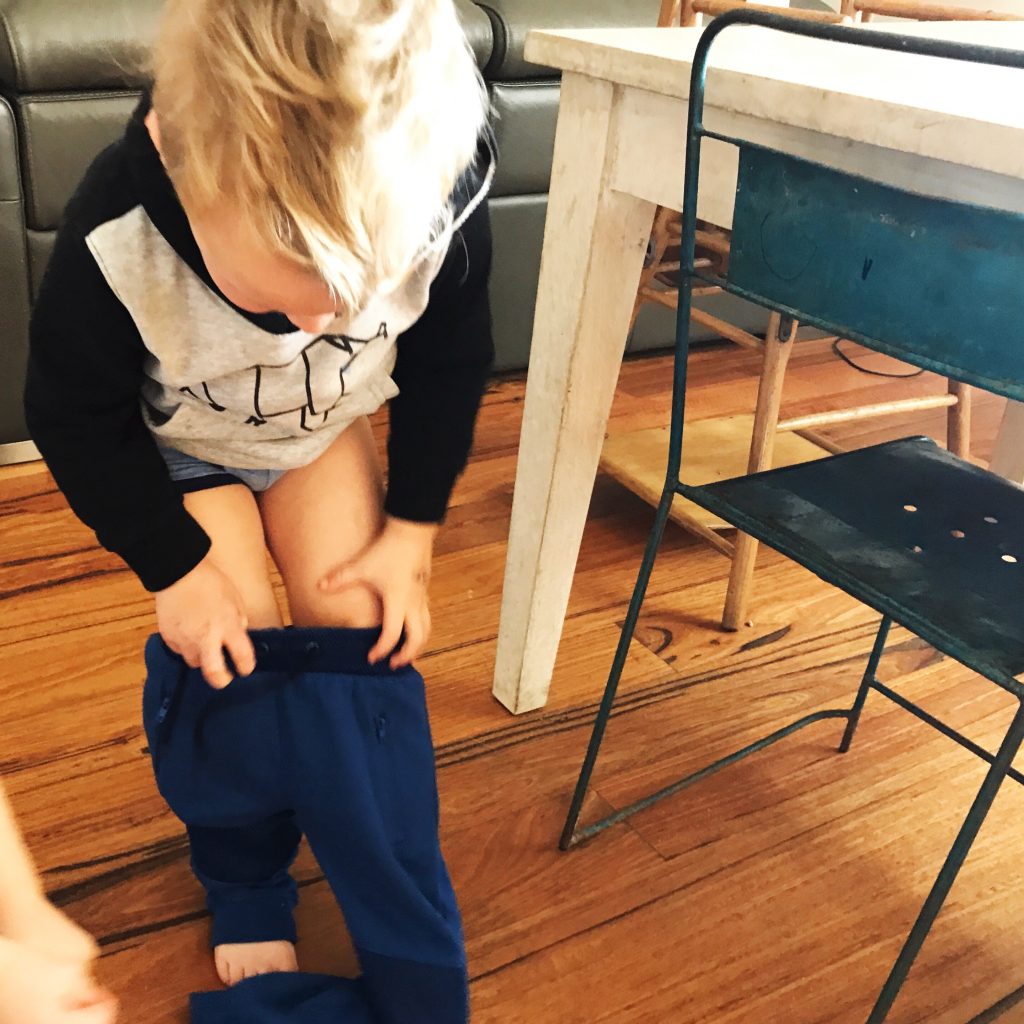 Re entering a now hostile, hostage negotiation, I outlined the logical reasoning as to why I believed, as his mother, it would be preferable for him to wear his long pants. After much heated debate I successfully managed to dress him, now sulking and pouting on the couch, I left my brooding boy to wallow in his defeat…little did I know he wasn’t done! Now getting his sister ready, the Hurricane leaned forward, grinning from ear to ear, declaring that once at school, Miss B, his teacher, aka a vibrant ray of sunshine in his learning journey, will be putting his shorts on!

“Why?” Being my quick, and somewhat now absent minded response.

“Because Mum, I’m going to wee my pants at school and then she’ll have to change me!” !!

Looking at my son who now resembles the chuckling villain from any Hollywood blockbuster satisfied with his dastardly plan, my first thought was, DAM! That’s pretty f**king clever! My second and met with niggling annoyance thought was, you calculating little SOB! Composed but by no means more mature I reached for some sort of response only able to splutter weakly out that “I will be talking with Miss B BEFORE you can action your plan thus thwarting your attempts to undermine me!” (Not quite in those words but you get the drift)!

Silenced and now on our way to school, the Hurricane opened up that the reason he likes to wear shorts is because friend V, aka his current buddy idol, always wears shorts! Smugly I hedged my bets and explained that I’m certain V will also be wearing long pants today because it is very wet and cold! Satisfied we carried on happily until our arrival at school.

Racing into the classroom, late because of our earlier dispute, flustered and hurrying we tumble through the doors. Regaining some level of “I’ve got my s**t together” I spied a few of the other disheveled mums and made my way toward them. Chatting, I scanned the room in search of V, bingo, there he was happily putting together a puzzle…of course…wearing shorts! Oh lord! Maybe the little man hasn’t noticed? Busy playing with the cars I figured I may have dodged a bullet.

Reflecting now I should have just made my escape quickly and seamlessly. However, caught up in the chit chat of the holiday gossip I feel a familiar tugging at the side of me. Meeting the now panicked look of the Hurricane he pulls me down to his level telling me exactly what I knew and was dreading he would “Mum! V is wearing shorts!”. Game over!

Yes my boy he does seem to be wearing shorts, clearly your mother is a liar and has shattered your ideals of trusting relationships and after fighting and foolishly setting boundaries, rules and all that jazz I hear myself say “oh sweetheart I see that and I’m sorry, TOMORROW you can wear shorts if you want to”!

Face…Palm…a big old sigh and a desperate want for a glass of wine ! 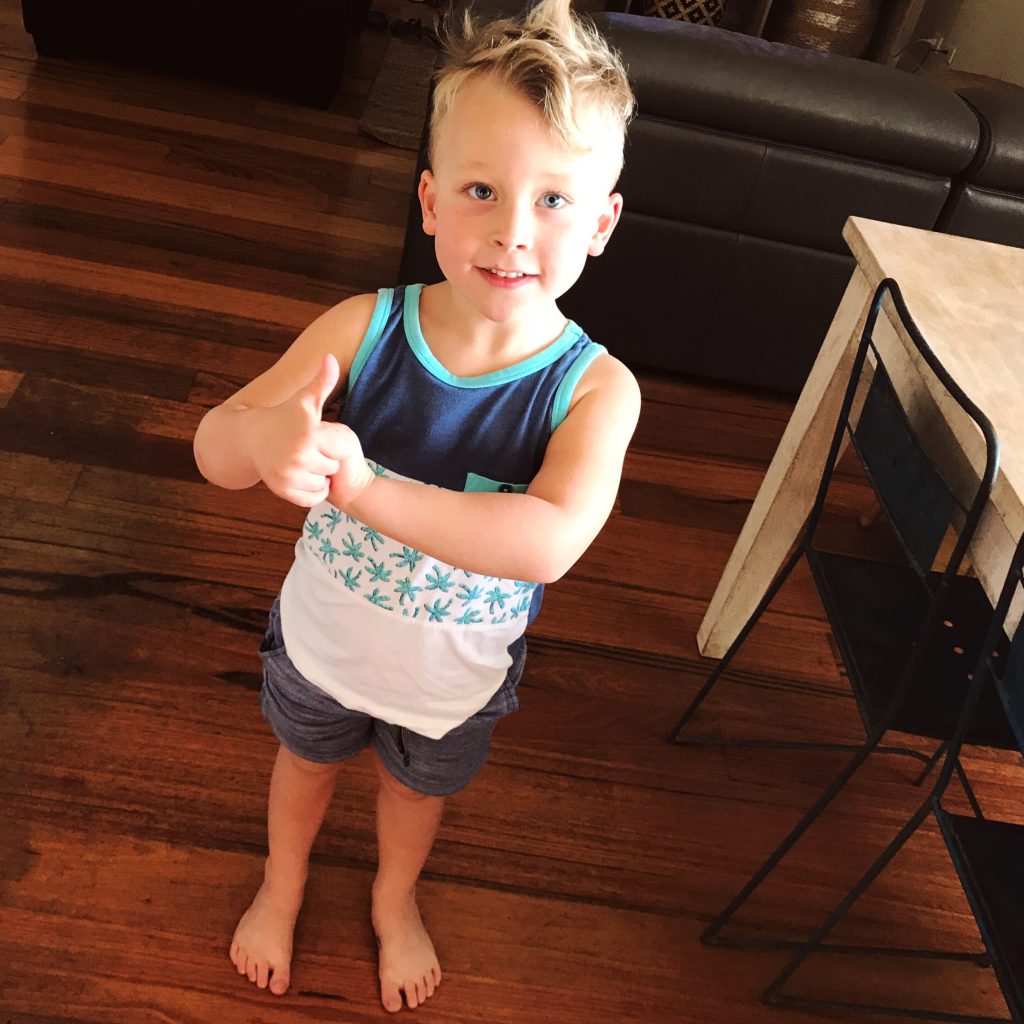